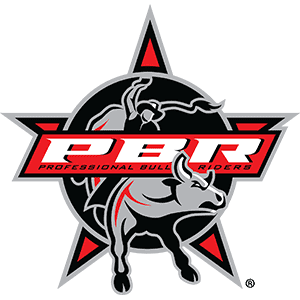 As the official ticket resale marketplace of PBR, TicketSmarter offers PBR Unleash The Beast tickets for all of their events held across the United States. Unleash The Beast is the premier division of PBR competition. It was known as the Bud Light Cup Series during the group’s first tour in 1994 and was also known as the Built Ford Tough Series for several years. The tour features the top 35 bull riders in the world as they attempt to move on to the Championship Round.

Unleash The Beast has a very limited offseason with events scheduled from the first weekend of January through the first weekend of November. Bull riders can work their way into Unleash The Beast competition by competing in the lower levels of PBR like the Velocity Tour and Pro Touring Division and accumulating points. Events will have either two or three rounds, which is then followed up by a championship round. The winner of the event is calculated by combining the score from all rounds. Secure your PBR Unleash The Beasts tickets today to see the best riders and nastiest bulls live!

A number of variables affect the ticket prices for Unleash The Beast events. The venue location, arena size, whether the event is two or three days, the riders competing and the popularity of the sport in the city are all factors that are taken into account.

How much are PBR: Unleash The Beast tickets?

Prices for PBR Unleash The Beast events typically start around $40 for a ticket in the back of the upper level. Upper-level seats on the side of the arena can start around $90 to $120. Lower level seating will start around $100 with seats near the chutes starting at over $150 usually.

PBR - Unleash The Beast ticket prices for the current PBR season are starting as low as $34.00 and the more expensive seating options are available at prices ranging up to $1483.00. The average price to attend an upcoming PBR - Unleash The Beast event is around $188.04. The PBR - Unleash The Beast: Tucson Invitational - 2 Day Pass will take place on November 26th, 2022 at TBD. This unique and exciting sporting event will take place at Tucson Arena At Tucson Convention Center at 260 South Church Ave, Tucson, AZ. Fans searching on TicketSmarter will find 206 ticket listings currently available for the event with prices in the range of $57.00 to $270.00.

PBR’s Unleash The Beast tour begins in January and ends in November. The season has four major events called the PBR Grand Slam that are highlights of the season. The Monster Energy Buck Off at Madison Square Garden is the first event on the schedule and the tour’s first major. Other majors include the Iron Cowboy at Staples Center, Last Cowboy Standing at Cheyenne Frontier Days and the Music City Knockout in Nashville at Bridgestone Arena. In addition to these majors, events are held multiple times a month with breaks added into the schedule during the summertime.

There are 29 events currently on the PBR - Unleash The Beast schedule. PBR World Finals: Unleash the Beast tickets for the event at Dickies Arena, 1911 Montgomery St., Fort Worth, TX are on sale now and it will take place on May 21st, 2023 at 8:45am. 32 tickets are currently available for the event on TicketSmarter’s app and website with prices in the range of $203.00 to $234.00.

When do PBR: Unleash The Beast tickets go on sale?

The PBR Unleash The Beast schedule is typically released in October. Tickets for PBR events typically go on sale shortly after the scheduling announcement is made. As the official ticket resale partner of PBR, we will have premium seating options available for all upcoming Unleash The Beast events.

Unleash The Beast competitions are held in major arenas all over the United States. Every seat in the house will give you an excellent view of the bucking bulls and daring riders as they try to hang on for a full eight seconds. Lower bowl seating is the most sought after with close views of the action on the arena floor. The Upper-level seats will be a cheaper option and give you a great view of the entire arena floor. Seats located by the chutes are a fan favorite as fans can see each bull’s power when they launch through the gates.

Our interactive seating map acts as a virtual ticket office and will help you pick out the perfect seats for your next PBR event. Click on any upcoming event and a detailed seating chart will highlight each section of the arena with available tickets. You can further sort out your options by section, row and price with the filter tool.  When buying your PBR World Finals: Unleash the Beast tickets, be sure to explore all of your options on the Dickies Arena seating chart!

TicketSmarter is the official PBR ticket resale marketplace and offers a worry-free experience when buying PBR Unleash The Beast tickets. Bull riding is a dangerous sport, but buying tickets at TicketSmarter is safe with our secure web platform. We use the highest standards in the ticketing industry to protect your personal information during all online ticket transactions. Skip the box office and buy your legitimate bull riding tickets in advance at TicketSmarter.

All Unleash the Beast tickets are 100% guaranteed. Verified customers rate TicketSmarter 4.6/5.0 stars, so you can order with confidence knowing that we stand behind you throughout your PBR ticket buying experience.