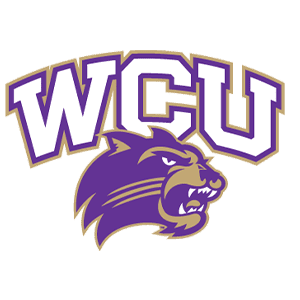 Watch three-pointers galore with Western Carolina Basketball tickets. The Western Carolina Catamounts men's basketball team is many things. They are a unique university with an Intercollegiate program, they currently play in the Southern Conference which has schools all over east Tennessee and north Georgia as well other parts of North and South Carolina.

The school's first basketball team was formed in 1928 and has played every season since. The Catamounts, who were 1930 Southeastern Junior College champions and made their debut in the NAIA Tennis Tournament in 1947, are one of the most storied programs in collegiate basketball. Head Coach Jim Gudger led the Catamounts to their first 20-win season in 1952-53, also securing a North State Conference title in 1959.

He also coached four NAIA District Tournament appearances in the late 1950s to late 1960s before leading them into an appearance at the national championships against Texas-Pan American. Jim Hartbarger took over for Gudger in 1971, and he led the Catamounts to two more District victories in 1971 and 1972. From their first game in 1996, the Catamounts were a force to be reckoned with. They won Southern Conference Championships which led them into the NCAA Division I Tournament as an underdog against the number 1 seed Purdue University which they almost won in a vigorous back-and-forth play but ultimately lost this barn burner 71-73.

Cheer on the Purple and Gold with Western Carolina Basketball tickets. The Catamounts biggest rivalry is Appalachian State.  The first contest between App State and Western Carolina took place on December 16, 1927. Some of their other notable competitions are the University of Tennessee at Chattanooga, East Tennessee State University and Samford.

Several variables will affect Western Carolina Catamounts Basketball ticket prices. The most important is the level of demand for a given contest. Non-conference games between little-known teams can be fairly inexpensive while tickets to the NCAA Tournament or NIT can be much more expensive. Conference tournaments and other conference contests can be a happy medium for fans who want to watch quality hoops without breaking the bank.

How much are Western Carolina Basketball tickets?

The average cost of Western Carolina Basketball tickets for the current season is $54.44. Courtside and premium seats will cost much more while spots in the upper levels of an arena are typically more affordable. Typically, courtside seats for a conference game will be over $100 per ticket.

A matchup featuring Georgia Bulldogs vs. Western Carolina Catamounts will be next up on the Western Carolina Basketball schedule. The game will take place on November 7th, 2022 at TBD at Stegeman Coliseum, 100 Smith St., Athens, GA. There are 24 Georgia Bulldogs vs. Western Carolina Catamounts tickets available right now, ranging from a starting price of $31.00 to a top end price of $69.00 for premium seats. During the 2022 Catamounts basketball season, tickets will vary from game to game with a lowest ticket price set at $32.00 and the most expensive ticket set at $162.00.

When do Western Carolina Basketball tickets go on sale?

Most regular-season college basketball tickets will go on sale in June or July after schedules are released for the upcoming season. Early season tournaments like the Maui Invitational will usually start selling tickets as soon as they announce the field and dates for the next event. Postseason seats will be available as soon as the NCAA and NIT selection committees announce tournament fields. Use TicketSmarter’s up-to-date schedule to snag Western Carolina Catamounts Basketball tickets as soon as they are available.

Most men’s and women’s basketball programs share an on-campus arena. Facilities typically have seating for between 7,000 and 11,000 fans. Courtside seats provide an up-close-and-personal view of the game, while more affordable spots are usually found in the upper levels. Look for seats near the half court line for the best view of the game. Use TicketSmarter’s interactive seating chart to snag the best Western Carolina Catamounts Basketball tickets available for both home and road contests.

TicketSmarter's seating map tools will have accurate Western Carolina Catamounts Basketball seating charts for every home and away game on the schedule.

You can be certain that TicketSmarter prioritizes your safety and security while you buy Western Carolina Catamounts Basketball tickets online. Our data security standards are among the best in the industry, and we work hard to keep your information safe. If you have any questions, our customer service team is happy to lend a hand.