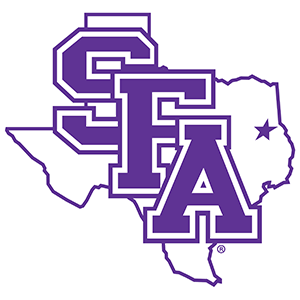 SFA Basketball tickets will let you see a men’s basketball team from a university in Texas. The team represents Stephen F. Austin State University, which is located in Nacogdoches, Texas. The team competes in the Western Athletic Conference of the NCAA Division I. Their team name is the SFA Lumberjacks and their team colors are purple and white.

SFA Basketball ticket prices depend on if you are purchasing them for a home or away game, the seating options that are available, and how far the game is scheduled into the season. There are also season tickets available as well as special rates for children and group purchases.

How much are SFA Basketball tickets?

The cost of SFA Basketball tickets can range based on multiple factors, like if it is a home game and the type of seating you choose. General admission tickets for adults start at $10 for a single home game. Children four and under will receive free admission and fans 5-12 will have a reduced ticket price. There are reserved seating options available for their games as well. On average, season tickets start at $110 and can go up to more than $1,000, depending on the seating section that you choose.

The SFA Lumberjacks play their game based on the NCAA’s schedule. NCAA college men’s basketball seasons are annually held from November to March, with additional tournament dates scheduled for a couple of weeks after the season ends. Each team will play between 25-35 games during the season, depending on if they qualify for the tournament, March Madness.

When do SFA Basketball tickets go on sale?

SFA Basketball tickets are available as soon as the upcoming season dates are set so you are going to want to purchase tickets quickly to get the best seats to cheer them on. TicketSmarter has got you covered with our easy-to-use purchasing and quick checkout process. No presale codes are required to buy SFA Basketball tickets from our site.

The SFA Lumberjacks play their home games in the William R. Johnson Coliseum, which is an arena located just off-campus from the university. The arena opened its doors in 1974 and it can hold about 7,203 fans to cheer for the basketball players. The venue’s seating is set up on a sloped level that wraps around all sides of the arena. Since there is only one tier of seating, every seat will give you a good view of the game but the best seats at this type of venue are often in the middle of the sidelines on either side of the court.

TicketSmarter features an interactive seating chart that will allow you to click through the available seating sections, and the corresponding prices, inside the venue to get the best seats that you can find.

TicketSmarter gives you a stress-free buying experience with ticket security when you purchase SFA Basketball tickets on our site. Your safety is our utmost priority and TicketSmarter has a 100% guarantee that you will receive valid tickets for your game. Instead of waiting in line at the ticket office, all you have to do is sit back and cheer for your favorite players.

All tickets purchased from TicketSmarter are guaranteed. Verified customers have rated our site 4.6/5.0 stars, so you can order with us and know that we stand behind you during your SFA Basketball ticket buying experience.