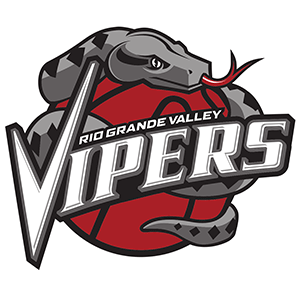 Watch the future of the NBA on the floor by purchasing Rio Grande Valley Vipers tickets with TicketSmarter. The Vipers are the G-League affiliates of the NBA’s Houston Rockets, which means recent Rockets draft picks and undrafted free agent signings will often play with the Vipers before making their way to the NBA. Rio Grande Valley also owns a history of on-court success dating back to when the league was known as the D-League.

The Vipers played their first season in 2007-08, reaching the postseason for the first time in 2009-10. The team won its first G-League title the same year, defeating the Santa Cruz Warriors 2-0 in the championship series. Rio Grande Valley also won the G-League championships in 2013 and 2019. The team also reached the G-League Finals in 2011 and 2017 after winning the Western Conference.

Fans often purchase Rio Grande Valley Vipers tickets to see future Rockets players on the floor. Houston often assigns developmental players to Rio Grande Valley and many of those players make appearances on strong Rockets teams. Past Vipers to go on to the NBA include center Clint Capela, point guard Isaiah Canaan and forward Marcus Morris. Fans of the Rockets and the Vipers can secure their Rio Grande Valley basketball tickets with TicketSmarter to watch the team play at Bert Ogden Arena.

Rio Grande Valley Vipers ticket prices vary based on the venue, seat selection and opponents. Fans seated closer to the court should expect to pay more than those at the back of the venue. Playoff and championship games may cost significantly more than standard games. Check out the seating options available and pick your seats to the next Rio Grande Valley Vipers game.

How much are Rio Grande Valley Vipers tickets?

Rio Grande Valley Vipers ticket prices can start around $15 depending on the game, seats you select and home venue. For example, the average ticket price for the NBA’s Philadelphia 76ers at the Wells Fargo Center in 2019 was around $70. For the 2019 FIBA Basketball World Cup in China, group phase team pass tickets ranged from $228 to $965. The average price for the WNBA’s New York Liberty tickets was around $40. Use our filters to compare prices and get your basketball tickets.

Basketball is popular on an international level and has been hosted at venues all over the world. Iconic basketball venues for NBA basketball include Madison Square Garden in New York City (NY Knicks), Little Caesars Arena in Detroit (Detroit Pistons) and TD Garden in Boston (Boston Celtics). The 2019 FIBA World Cup was hosted at venues like Wukesong Arena in Beijing and Shanghai Oriental Sports Center in Shanghai. Playoff games for the 2019 NCAA Basketball tournament were hosted at venues like the Capital One Arena in Washington D.C. and the Honda Center in Anaheim, CA. Our event calendar will help you find Rio Grande Valley Vipers game dates.

When do Rio Grande Valley Vipers tickets go on sale?

Rio Grande Valley Vipers tickets go on sale as soon as the season schedule is announced. Basketball is one of the top sports in the world and games are highly demanded by fans. Don’t wait until the last minute to find your seats to the next basketball game.

Be there for the next Rio Grande Valley Vipers home game at Payne Arena, 2600 North 10th Street, Hidalgo, TX! The Payne Arena seating chart gives fans plenty of vantage points to watch their favorite basketball team in action on the court. Fans can use the Bert Ogden Arena seating chart to pick out the best seats for the Rio Grande Valley Vipers vs. Long Island Nets game on March 25th, 2023 at 7:30pm.

Customer security is very important. We are devoted to keeping your personal data private. We aim to provide you with a secure buying experience each time you shop with us. Simply purchase your basketball tickets and download them right onto your mobile device. Shop with peace of mind as you search for the next Rio Grande Valley Vipers game.

TicketSmarter gives a 100% guarantee on all our sporting event tickets. You will receive valid Rio Grande Valley Vipers tickets just like you would get at the box office. Verified customers rate us 4.6/5.0 stars. Order for a quick and seamless checkout.