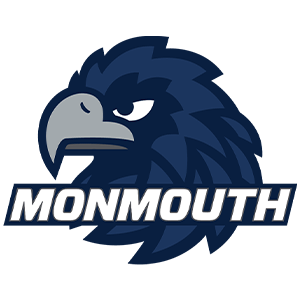 Get your tickets to experience a competitive college basketball game live with Monmouth basketball tickets. The Monmouth Hawks men's basketball team plays in the Metro Atlantic Athletic Conference and has secured major wins against top college teams such as Notre Dame, UCLA and Georgetown.  The private university is located in West Long Branch, New Jersey and the Hawks basketball team plays their home games at the OceanFirst Bank Center, a student recreation arena built in 2009. The Hawks have made multiple appearances in the NCAA March Madness tournament. The Hawks secured their first NCAA March Madness victory against Hampton University in 2006.

Monmouth basketball tickets give fans a chance to see players develop over time and potentially reach the NBA. One of the team's most notable alumni includes NBA star Justin Robinson, who has also played professionally in France and Germany. Other professional players to come out of Monmouth University include retired NBA player Alex Blackwell, Alpha Bangura of FIBA and retired basketball journeyman Cory Albano.

Don’t miss out on the exciting college hoops action by securing your Monmouth Hawks basketball tickets with TicketSmarter today. Monmouth University has an incredible history with a seasoned sports program that continues to prepare up-and-coming pro athletes. Hawks games are the perfect way to experience some of college basketball’s most talented players.

Several variables will affect Monmouth Hawks Basketball ticket prices. The most important is the level of demand for a given contest. Non-conference games between little-known teams can be fairly inexpensive while tickets to the NCAA Tournament or NIT can be much more expensive. Conference tournaments and other conference contests can be a happy medium for fans who want to watch quality hoops without breaking the bank.

How much are Monmouth Basketball tickets?

Monmouth Hawks Basketball tickets for the current basketball season can be found at prices between $21.00 and $191.00, while the average price per game this season is around $71.22. Next up for the team is the Western Illinois Leathernecks vs. Monmouth Hawks game at Western Hall, 1 University Circle, Macomb, IL. The basketball game is scheduled for November 1st, 2022 at 6:00pm and TicketSmarter has 0 tickets available for the event. Fans looking for cheap Western Illinois Leathernecks vs. Monmouth Hawks tickets can find them starting at $0.00, while the more expensive seats in the arena for the game can go for prices as high as $0.00.

The William & Mary Tribe vs. Monmouth Hawks game is one of the last of the remaining basketball games on the Monmouth Hawks Basketball schedule. Fans wanting to attend this game can purchase their tickets through TicketSmarter right now with prices starting as low as $40.00 and going for prices as high as $41.00. There are 8 ticket listings currently available so act now to see one of the final games of the season at Kaplan Arena, 102 Richmond Road, Williamsburg, VA.

When do Monmouth Basketball tickets go on sale?

Most regular-season college basketball tickets will go on sale in June or July after schedules are released for the upcoming season. Early season tournaments like the Maui Invitational will usually start selling tickets as soon as they announce the field and dates for the next event. Postseason seats will be available as soon as the NCAA and NIT selection committees announce tournament fields. Use TicketSmarter’s up-to-date schedule to snag Monmouth Hawks Basketball tickets as soon as they are available.

Most men’s and women’s basketball programs share an on-campus arena. Facilities typically have seating for between 7,000 and 11,000 fans. Courtside seats provide an up-close-and-personal view of the game, while more affordable spots are usually found in the upper levels. Look for seats near the half court line for the best view of the game. Use TicketSmarter’s interactive seating chart to snag the best Monmouth Hawks Basketball tickets available for both home and road contests. TicketSmarter's seating map tools will have accurate Monmouth Hawks Basketball seating charts for every home and away game on the schedule.

Fans can use the Kaplan Arena seating chart to pick out the best seats for the William & Mary Tribe vs. Monmouth Hawks game on February 25th, 2023 at TBD.

You can be certain that TicketSmarter prioritizes your safety and security while you buy Monmouth Hawks Basketball tickets online. Our data security standards are among the best in the industry, and we work hard to keep your information safe. If you have any questions, our customer service team is happy to lend a hand.