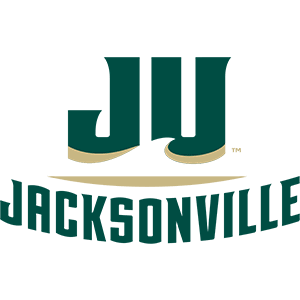 Throw on your green and white gear and prepare to watch another exciting game of college ball unfold on the courts once you get Jacksonville basketball tickets. The university men’s basketball team has been competing at the intercollegiate level for well over 50 years. The Dolphins started as an independent team in the ‘60s, and after about a decade, entered the Sun Belt Conference as a DI school. Before leveling up to DI, Jacksonville University made a 1965 appearance in the NAIA.

Unfortunately, they fell to Central State (Ohio) in the first round. The team entered its first NCAA Division I Tournament in 1970, which proved to be one of their strongest years. The men’s basketball team advanced all the way to the National Championship Game, in which they lost in a close match against UCLA. Since then, the Dolphins have appeared in the NCAA Tournament on several occasions, advancing to the quarterfinals more than once. Anyone looking for a fun event to go to this weekend should consider purchasing Jacksonville basketball tickets.

Aside from playing many successful games in the NCAA Tournament, the team has also played in other tournaments like the NIT and CIT. Perhaps one of their more successful years when participating in the NIT was in 1972 when they managed to claim 3rd place. Jacksonville University’s rival in nearly every varsity sport is the University of North Florida Ospreys. This is mainly due to the two schools’ close proximity. The Dolphins have spawned quite a few renowned NBA players. Among others, Dee Brown and Artis Gilmore of the Boston Celtics were former Dolphins.

Several variables will affect Jacksonville Dolphins Basketball ticket prices. The most important is the level of demand for a given contest. Non-conference games between little-known teams can be fairly inexpensive while tickets to the NCAA Tournament or NIT can be much more expensive. Conference tournaments and other conference contests can be a happy medium for fans who want to watch quality hoops without breaking the bank.

How much are Jacksonville Basketball tickets?

The average cost of Jacksonville Basketball tickets for the current season is $158.17. Courtside and premium seats will cost much more while spots in the upper levels of an arena are typically more affordable. Typically, courtside seats for a conference game will be over $100 per ticket.

A matchup featuring Duke Blue Devils vs. Jacksonville Dolphins will be next up on the Jacksonville Basketball schedule. The game will take place on November 7th, 2022 at TBD at Cameron Indoor Stadium, 1 Whitford Drive, Durham, NC. There are 11 Duke Blue Devils vs. Jacksonville Dolphins tickets available right now, ranging from a starting price of $315.00 to a top end price of $730.00 for premium seats. During the 2022 Dolphins basketball season, tickets will vary from game to game with a lowest ticket price set at $34.00 and the most expensive ticket set at $766.00.

When do Jacksonville Basketball tickets go on sale?

Most regular-season college basketball tickets will go on sale in June or July after schedules are released for the upcoming season. Early season tournaments like the Maui Invitational will usually start selling tickets as soon as they announce the field and dates for the next event. Postseason seats will be available as soon as the NCAA and NIT selection committees announce tournament fields. Use TicketSmarter’s up-to-date schedule to snag Jacksonville Dolphins Basketball tickets as soon as they are available.

Most men’s and women’s basketball programs share an on-campus arena. Facilities typically have seating for between 7,000 and 11,000 fans. Courtside seats provide an up-close-and-personal view of the game, while more affordable spots are usually found in the upper levels. Look for seats near the half court line for the best view of the game. Use TicketSmarter’s interactive seating chart to snag the best Jacksonville Dolphins Basketball tickets available for both home and road contests.

TicketSmarter's seating map tools will have accurate Jacksonville Dolphins Basketball seating charts for every home and away game on the schedule.

You can be certain that TicketSmarter prioritizes your safety and security while you buy Jacksonville Dolphins Basketball tickets online. Our data security standards are among the best in the industry, and we work hard to keep your information safe. If you have any questions, our customer service team is happy to lend a hand.