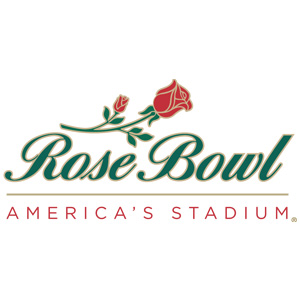 Buying Rose Bowl tickets at TicketSmarter can get you into one of the biggest NCAA Bowl Games of the year! The Rose Bowl Game is an annual college football bowl game held at the Rose Bowl Stadium in Pasadena, California. The game is typically played on New Year's Day or January 2 and has been played annually since 1916. The game is part of the Pasadena Tournament of Roses Association's New Year celebration with the Rose Parade leading up to the game. The game typically features competition between highly ranked Pac-12 Conference and Big Ten Conference schools.

The first Rose Bowl Game was held in 1902 before it became a yearly game in the NCAA college bowl game season. The 1902 game was originally known as the Tournament East-West Football Game and featured a stunning blow out victory by the Michigan Wolverines against Stanford. Since becoming an annual event in 1916, the game has been dominated by the USC Trojans who have made over 30 appearances and won more than 20 Rose Bowl games. Will your team be the next to make history? Secure your Rose Bowl tickets online at TicketSmarter to find out!

When attending the Rose Bowl, you won’t find a higher level of college football competition as the number one ranked team in the nation has competed in the event over 10 times. Many of the bowl game's MVPs in recent years have had successful careers in the NFL, including the likes of Marcus Mariota, Roquan Smith and Andy Dalton. Beginning in 2015, the game became part of the College Football Playoff along with six other New Year's bowls. This arrangement makes the Rose Bowl one of the semifinal games every three years. As the official ticket resale marketplace of the Rose Bowl Stadium, TicketSmarter offers premium seating options for events held at the venue.

Multiple factors determine the Rose Bowl ticket prices for the Rose Bowl Game. Seating location, the teams selected and if the game is a part of the College Football Playoff are all variables that are taken into consideration. Add-ons like VIP hospitality or parking will also add to the ticket price of the event. If there are national championship implications, then the prices will be significantly higher.

How much are Rose Bowl tickets?

Tickets to the Rose Bowl usually start anywhere from $150 to over $300. The average price for tickets is often right at around $320. Seats located on the 50-yard line will be more expensive than those on the corner of the field or behind an end zone. Rose Bowl Tickets that sit lower are closer to the field and will also garner a higher price than tickets in upper rows. Club seats can run $900-1300 per ticket and can exceed $1500 per ticket the closer to midfield. During seasons where the Rose Bowl is the CFP semi-final game, expect Rose Bowl ticket prices to skyrocket potentially upwards of 50%.

Ticket prices for the current Rose Bowl football season are starting at $315.00 and going up to $1522.00. The average ticket price per game during the current season is around $887.00. Rose Bowl tickets are currently available on TicketSmarter. This gridiron battle will take place at Rose Bowl Stadium - Pasadena, 1001 Rose Bowl Drive, Pasadena, CA on January 2nd, 2023 at TBD. TicketSmarter has 222 tickets currently available for this big matchup with starting ticket prices at $315.00 and the most expensive seats priced at $1522.00.

The Rose Bowl Game traditionally takes place on New Year's Day. If New Year's Day falls on a Sunday, then the game will be played on Monday, January 2. There is a lot of fanfare leading up to the game with the Tournament of Roses putting on the Rose Parade before kickoff. The Rose Bowl Hall of Fame Induction ceremony is another tradition that occurs at the stadium before the big game. Don't sleep on your chance to snag Rose Bowl game tickets today at TicketSmarter.

The Rose Bowl schedule has a total of 1 football games left to be played during the season. One of the highlights of the football season will be the Rose Bowl game at Rose Bowl Stadium - Pasadena, 1001 Rose Bowl Drive, Pasadena, CA. The game is scheduled for January 2nd, 2023 at TBD making it one of the final games of the season. Wanting to watch this game in person? Be sure to grab one of the 222 tickets available on TicketSmarter with prices ranging from $315.00 to $1522.00.

When do Rose Bowl tickets go on sale?

Rose Bowl Game tickets will go on sale before the next season of college football begins. Tickets will be in higher demand once the two teams are selected to compete in the bowl at the end of the regular season. With our sellers having relationships with the teams and our partnership with the Rose Bowl Stadium as well as the Pac-12 Conference, we will have exclusive inventory we have access to. Therefore, we will have inventory listed typically 6+ months in advance of the bowl game.

The Rose Bowl Stadium offers a classic college football experience with a big game feel. Fans attending the Rose Bowl Game are sure to enjoy the atmosphere with more than 90,000 people in attendance. The stadium has a total seating capacity of 92,542, with additional standing room areas available when seating runs out. The stadium is encompassed by a sea of seats that form a broad, single-level seating arrangement with a break in the middle.

If you want to visit one of the most historic stadiums in all of college football, TicketSmarter can help you find the perfect seats for the Rose Bowl Game. The interactive seating chart displays all of the available seating options with a filter tool that can sort tickets by price, section and row. TicketSmarter makes it easy so that you don't have to make a special trip to the stadium ticket office.

TicketSmarter is the official ticket resale partner of the Rose Bowl Stadium and provides a safe and secure web platform for purchasing bowl game tickets. We have designed our website using the highest standards in the ticketing industry to protect your personal information during all ticket transactions. College football fans can skip the long lines at the box office and get their tickets in advance at TicketSmarter!