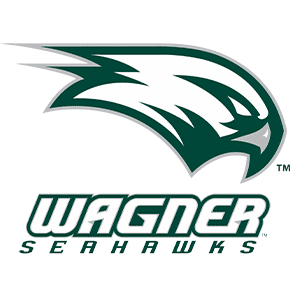 See premier college athletes perform with Wagner Football tickets. The Seahawks are a Division I FCS team that represents Wagner College in New York. The program traces its roots to 1927 under coach Ray Kirchmeyer and played on and off as an independent team for their early history. They were independents for nearly thirty years before joining the Middle Atlantic Conference in 1974. A string of successes saw the Seahawks enter Division III play in 1978, and by the early ’90s, the team had been promoted to Division I.

The Seahawks’ rise through to Division I began in 1980 when they made their first NCAA appearance. That year began a run of wins that established the Seahawks as a powerhouse team. Their most successful season came in 1983, where they went nearly undefeated and claimed the first championship in the program’s history. The ECAC championship game saw the team trounce St. John’s University, with a final score of 48 to 7. The program continued to enjoy consistent performance in Division III, appearing at the NCAA National Championship Game in 1987. They would defeat Dayton with a whopping 17-point lead to secure the title. Grab your Wagner Football tickets to join the fans in the stands for a top-tier college football game.

The Seahawks have made a total of four appearances in Division III playoffs and won their first FCS playoff game against Colgate in 2012.

There will be a number of influences on Wagner Seahawks Football ticket prices. Prices will vary across seating sections, especially for large stadiums. When the team is performing well on the field, Wagner Football tickets tend to have higher prices than when the team is struggling. Expect rivalry games and games against big-name opponents like Alabama to sell out quickly.

How much are Wagner Football tickets?

Don't miss out on the next Wagner Football game! Syracuse Orange vs. Wagner Seahawks tickets will start as low as $5.00, while the best seats will top out at $193.00. There are 2604 football tickets left for the Syracuse Orange vs. Wagner Seahawks game at JMA Wireless Dome, 900 Irving Ave., Syracuse, NY on October 1st, 2022 at 5:00pm, so be sure to secure your seats as soon as possible.

Wagner Seahawks Football will play around 11-12 regular-season games from late-August through late-November. The majority of games will be played on Saturdays, with the occasional Thursday or Friday night game being scheduled. Power 5 opponents from the SEC, Big Ten, Big 12, ACC and Pac-12 can appear on the Wagner Seahawks Football schedule. Conference games will begin in late-September and early-October. Depending on how well the team performs throughout the season, they may qualify for postseason play and a possible NCAA Bowl Game. This might be the FCS Championship or even the College Football Playoff.

College football fans will have limited opportunities to see Wagner Seahawks Football live with only 7 games left on the schedule. The 2022 Wagner Football schedule will end with a matchup featuring Duquesne Dukes vs. Wagner Seahawks on November 19th, 2022 at 12:00pm. This game will take place at Rooney Field, located at 600 Forbes Avenue, Pittsburgh, PA.

When do Wagner Football tickets go on sale?

Fans can purchase season Wagner Football tickets beginning in May or June. Single-game tickets usually go on sale in late-July or early-August. Bowl and FCS championship games will be decided at the end of the regular season. Post-season tickets go on sale at the end of November. Wagner Seahawks Football tickets for Duquesne Dukes vs. Wagner Seahawks tickets are on sale now with 10 tickets available for the game.

NCAA football stadiums hold anywhere between a few thousand to over 100,000 fans. On average, the Wagner Seahawks Football schedule has 12-14 games with around eight conference games. The Power 5 conference stadiums can comfortably seat 80,000 people or more and feature a variety of seating sections. Sit at the fifty-yard line to get the best views of the field. Seats behind the goalposts are excellent ways to get near the field without breaking the bank. Use TicketSmarter’s simple and straightforward seating chart to browse for seats in every stadium along with the Wagner Seahawks Football schedule.

TicketSmarter takes the security of all of its customers seriously. Our website employs the most up-to-date internet security standards available. This protects your private and personal information while you’re browsing and completing your purchase. Feel free to reach out to our dedicated customer service team if you have any questions about your Wagner Seahawks Football tickets.

All TicketSmarter NCAA football tickets are fully guaranteed. Shop our wide selection of Wagner Seahawks Football tickets, knowing that they will arrive on time and are completely valid. Trust the experience of our verified customers, who rate TicketSmarter 4.6/5.0 stars.