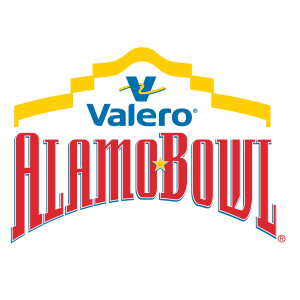 Get your Alamo Bowl tickets at TicketSmarter to see one of the premier NCAA bowl game events of the year. The Alamo Bowl is an annual college bowl game held in the Alamodome at 100 Montana St, San Antonio, TX 78203. The game was first played in 1993 and has been a staple of the college bowl season ever since. The game has been dominated in the past by the Texas Longhorns, Iowa Hawkeyes, Oklahoma State Cowboys and Nebraska Cornhuskers, each with multiple appearances and victories.

As one of the bigger games in the college bowl season, the Alamo Bowl is usually played in late December just before the New Year with occasional matchups taking place on January 2. Secure your Alamo Bowl tickets to see two of the best teams from the Pac-12 and Big 12 compete for a victory!

The Alamo Bowl has sold out several times throughout the game’s history. Rabid college football fans in Texas along with fans and alumni from each school playing in the game create a high demand for tickets. Along with the high demand, other factors that affect Alamo Bowl ticket prices include the seating location, the teams playing in the game and if one of the teams is from the state of Texas.

How much are Alamo Bowl tickets?

Tickets for the Alamo Bowl start at prices around $80 for the cheapest seats. The average price for a ticket is around $170. Seats in the lower level of the stadium will be more expensive than those in the upper levels. You’ll find cheaper tickets in the sections located in the corners of the stadium or behind the end zones, while tickets near the 50-yard line will be much more expensive.

Fans looking for Valero Alamo Bowl tickets online can find them on TicketSmarter for every game of the season. Ticket prices for the current season are starting at $86.00 and going for prices as high as $558.00. The average ticket price per game this football season is $180.00. There are 2756 Alamo Bowl tickets available on TicketSmarter for the upcoming game on December 29th, 2022 at 8:00pm. Fans can score tickets for the game at prices between $97.00 and $558.00. Grab your tickets today and cheer on your favorite team at Alamodome, 100 Montana St, San Antonio, TX.

The Alamo Bowl typically takes place during the last weekend of December due to being one of the top-level bowl games. Games have occasionally been scheduled for after the New Year due to the scheduling of other high-level bowl games. The bowl game typically features at least one top 25 nationally ranked team and has seen many matchups between teams that are both ranked.

The Alamo Bowl schedule features several events leading up to the event. The team announcement party kicks off the festivities and takes place in early December. In the days before the game, fans can take in pep rallies and the Alamo Bowl Bash. Gameday itself is always incredibly busy with Tailgate Town, the Alamo Bowl Fan Zone and the pregame party.

When do Alamo Bowl tickets go on sale?

Alamo Bowl tickets usually become available before the NCAA Division I Football Bowl Subdivision season starts. Tickets will become more widely available as the regular FBS season progresses. Once the bowl bid selections are made in early December and the teams that will be competing are confirmed, the full allotment of tickets will be made available. That will be the prime time to buy as you’ll have a large variety of seating locations to choose from.

The Alamodome has hosted the Alamo Bowl since 1993 and is one of the most well-known stadiums in all of college football. The dome is located in downtown San Antonio and has a seating capacity of 64,000. Extra standing room tickets have been sold for past Alamo Bowl games that have exceeded seated ticket sales. The Alamo Bowl seating chart features a lower-level and middle-tier rectangular shaped bowl that surrounds the entire field. Upper 300-level seats are available with unconnected sections running along each sideline and behind the end zones.

TicketSmarter is the official ticket resale marketplace of ESPN Events and provides college football fans with an easy-to-use and worry-free experience when buying Alamo Bowl tickets. We have designed our website using the highest security standards in the ticketing industry to protect your personal information during all online ticket transactions. You will find legitimate college football tickets on our safe and secure web platform for all games held during the season. Skip the box office lines and buy your tickets ahead of time with TicketSmarter’s virtual ticket office.

All TicketSmarter tickets are 100% guaranteed. Verified customers rate TicketSmarter 4.6/5.0 stars, so you can order with confidence knowing that we stand behind you throughout your Alamo Bowl ticket buying experience.