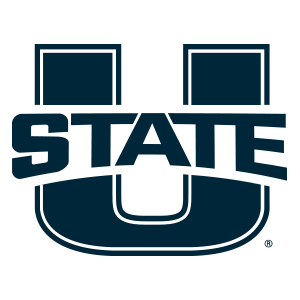 Enjoy a variety of sports in central Utah with Utah State Aggies tickets from TicketSmarter. The majority of USU Aggies teams compete in the Mountain West Conference. College football was the first sport played at Utah State. The Aggies knocked off the Utah Utes 12-0 in 1892. After producing several NFL-caliber players throughout the nineteenth century, the Aggies achieved mediocre success in the early 2000s. Much of this struggle was played out in their movement across conferences. They joined the Sun Belt Conference after the Big West Conference stopped sponsoring football in 2001. The Western Athletic Conference invited them to join after the Utah Utes and BYU Cougars left in 2005. Finally, in 2012, the Aggies settled into the Mountain West. The Utah State football team enjoyed three consecutive bowl appearances from 2011 to 2013. They appeared in the Famous Idaho Potato Bowl in 2011 and 2012, and the San Diego County Credit Union Poinsettia Bowl in 2013.

Utah State Aggies tickets for men’s basketball games are in the highest demand. The first basketball team was fielded by women in 1902. Two years later, the men’s team was formed. The 1960s saw the USU Aggies reaching the Sweet Sixteen in the NCAA Tournament twice. Tragically, their leading scorer, Wayne Estes, was electrocuted while he was assisting at the scene of a car accident. He was the second-leading scorer in the nation at the time of his death. The Los Angeles Lakers publicly stated their intentions of drafting him at the NBA Draft.

Apart from a few NCAA Tournament appearances, Utah State remained relatively average until the early-2000s. Former coach Stew Morrill enjoyed a 17-year career where he led the Aggies to the fourth-highest winning percentage at home. Only the Gonzaga Bulldogs, Kansas Jayhawks and Duke Blue Devils had a better record at home.

The particular sport will be the biggest determining factor for Utah State Aggies ticket prices. Basketball and football will be the most popular. Prices will increase when the team is doing well, or when they’re hosting top-level opponents.

How much are Utah State Aggies tickets?

The cheapest Utah State Aggies basketball tickets will be around $10 to $20. These will be for seats in the uppermost level of the Dee Glen Smith Spectrum. Tickets tend to increase by about $5 to $10 as you progress closer to the court. Seats behind the bench and at halfcourt have been known to start around $80. For home Utah State Aggies football games, the cheapest seats will be in the 220 and 221 sections. These general admission seats cost around $10 to $15. Tickets on the west side in the 100 section have been known to cost around $100.

Fans can purchase their Utah State Aggies tickets from TicketSmarter with current prices ranging from $7.00 to $726.00. The average price for a seat at a Utah State Aggies college sporting event is $76.24. College sports fans are looking forward to the Utah State Aggies vs. Air Force Falcons matchup on October 8th, 2022 at 5:00pm. Fans wanting to be in attendance can browse through the 308 tickets currently listed for the event on TicketSmarter. Merlin Olsen Field At Maverik Stadium at 800 E 1200 North, Logan, UT will be hosting the event and ticket prices are starting as low as $24.00 and are reaching a current maximum price of $144.00.

While the fall and winter seasons will be highlighted by football and basketball, USU women’s gymnastics garner plenty of attention. Competitions are held from January through April for the 2005 WGC champions. Spring sports such as golf and softball are well attended events on the Utah State schedule. Post-season events, such as the football team’s appearance at the 1993 Las Vegas Bowl, will be announced as teams advance through the playoffs.

When do Utah State Aggies tickets go on sale?

Fans will take in Aggies games at either Maverik Stadium or the Dee Glen Smith Spectrum. Home football games will be held in the 25,000-seat Maverik Stadium. Visiting team sections reside on the east side of the stadium. Cheap general admission tickets can be found in sections 220 and 221. Section 103 will be in the highest demand as it is closest to the field and sits at the fifty-yard line. The 10,000-seat Dee Glen Smith Spectrum hosts both volleyball and basketball. Around half of the arena is reserved for students. Sections R, S and T hold affordable USU basketball tickets. Rows 3 through 14 in section A contain some of the most sought after seats. Use TicketSmarter’s seating chart to easily select your seats for the next USU event.

TicketSmarter ensures the safety and security of your private information. Our website utilizes the strictest security measures to secure your information while completing your purchase. Our dedicated customer service team is standing by to assist you throughout the entire ticket purchasing process. Enjoy guaranteed Utah State tickets without needing to visit the ticket office.

Every Utah State ticket carries a 100% guarantee. Your valid tickets are sure to arrive on time and get you to your seat. Trust the experience of our verified customers, who rate TicketSmarter 4.6/5.0 stars.