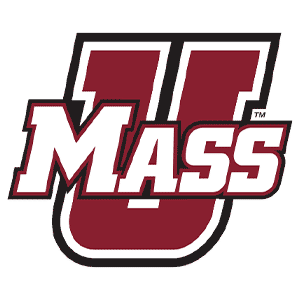 Secure your UMass tickets to see the Minutemen compete in a variety of sports. The women’s teams are technically known as the Minutewomen. The student body voted on a variety of nicknames and the Minutemen was one of the top picks. It symbolizes the history of the Commonwealth of Massachusetts and the role that the minutemen played in the American Revolution.

Most of UMass’s teams compete in the Atlantic 10 Conference at the Division I level. Hockey participates in the Hockey East Association and men’s lacrosse plays in the Colonial Athletic Association. The baseball team is the oldest program in UMass history with the inaugural season coming in 1877. They reached the NCAA tournament multiple times throughout the 1950s and 1960s. UMass made appearances in the College World Series in both 1954 and 1969.

UMass basketball has a storied tradition. Since its inception in 1900, the Minutemen have frequently been successful in almost every decade. Under the guidance of head coach John Calipari, UMass enjoyed five straight number one finishes in the A10. He led the Minutemen to appearances in the NCAA Tournament each year, including a 1996 NCAA Final Four. Buy UMass tickets for the “Commonwealth Classic” which is the annual basketball showdown with rival Boston College.

While UMass football has been a part of multiple conferences in its history, the Minutemen have spent quite some time as an independent member of the FBS. Competing in the FCS, the Minutemen took home the 1998 NCAA FCS National Championship. The program has produced multiple NFL prospects, including wide receiver Victor Cruz. Cruz won Super Bowl XLVI with the New York Giants in 2011.

How much are UMass tickets?

UMass football tickets begin around $30. Sections 15 and 16 sit at the fifty-yard line and have been known to begin around $60. UMass basketball tickets can start around $20. Reserved seating along the sidelines can range from around $40 to $80.

Fans can purchase their UMass Minutemen tickets from TicketSmarter with current prices ranging from $10.00 to $1403.00. The average price for a seat at a UMass Minutemen college sporting event is $62.92. College sports fans are looking forward to the George Mason Patriots vs. UMass Minutemen matchup on February 1st, 2023 at 7:00pm. Fans wanting to be in attendance can browse through the 1461 tickets currently listed for the event on TicketSmarter. EagleBank Arena at 4400 University Dr, Fairfax, VA will be hosting the event and ticket prices are starting as low as $23.00 and are reaching a current maximum price of $199.00.

UMass tickets are available throughout the entire academic year. The fall season will feature the football and field hockey programs. Since the football team competes as an independent, their opponents will frequently change from year to year. They opened their 2019 season in August with a matchup with the Rutgers Scarlet Knights. Basketball begins in early November with games against opponents in New England like Fairfield or UMass Lowell. The season will finish in early March with the Atlantic 10 Championship. Spring sports include UMass baseball and UMass lacrosse.

When do UMass tickets go on sale?

Fans looking to purchase season tickets for UMass athletics should check back around four to six months before the start of the regular season. Single-game tickets go on sale shortly before the season starts.

Watch the Minutemen take the gridiron in Warren McGuirk Alumni Stadium. Aside from the 2012 and 2013 seasons when the team played at Gillette Stadium, the 17,000-seat Alumni Stadium has been the site of UMass home games. Students take up sections 8 through 10 on the home side, and sections 19 and 20 on the visitor’s side. No seats are available in the endzones and the stadium is all one level. Cheaper seats can be found on the edges of the stands in sections 1 or 11. Purchase premium UMass football tickets in sections 6 and 16 at the fifty-yard line.

UMass basketball tickets for home games can be found in the 10,500-seat Mullins Center. The north side of the arena contains some of the cheapest seats available. Fans looking for the ultimate Minutemen experience should look for courtside seats in front of sections F-H. TicketSmarter’s convenient seating chart helps make choosing seats much easier. Get a birds-eye view of each stadium or arena by clicking on a game in the UMass schedule.

Our safe and secure ticket purchasing platform helps you find your tickets quickly and easily. Feel free to reach out to our friendly customer service team anytime throughout your ticket purchasing experience. We safeguard your private and personal information by implementing the latest internet security standards available in the industry.

Rest easy knowing that your tickets are fully guaranteed. Verified customers rate TicketSmarter 4.6/5.0 stars, so you can trust that we stand by you throughout the entire process.