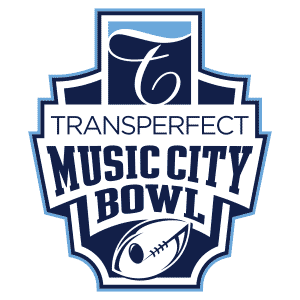 Get your Music City Bowl tickets to see Power Five teams compete right in the heart of Nashville! The Music City Bowl has been a staple of the NCAA Division I FBS season since 1998. The inaugural game was played at Vanderbilt Stadium before moving to Nissan Stadium at 1 Titans Way, Nashville, TN 37213. The Music City Bowl has had past conference relationships with the Big East and ACC. The game currently has conference tie-ins with the Big Ten and SEC, which promises an action-packed game between two top-level teams every year.

Kentucky and Minnesota lead the NCAA Division I Football Bowl Subdivision in Music City Bowl game appearances and victories. The bowl is always scheduled to take place towards the end of December, which has added a boon to Nashville’s tourism during that time as the winter is typically the slow season for the city. Several of the game's MVPs have gone on to have careers in the NFL with the most notable name being future NFL MVP Lamar Jackson. As the official ticket resale marketplace of ESPN Events, fans can purchase legitimate Music City Bowl tickets through the TicketSmarter virtual ticket office.

The Music City Bowl is known for drawing big crowds with local fans as well as students and alumni from the Big Ten and SEC schools coming to the game. This creates a high demand for tickets every year, which can affect the Music City Bowl ticket prices. Other factors that should be considered when browsing the ticket prices include the amount of time until kickoff, teams playing, the win-loss record of each team and seating location inside Nissan Stadium.

How much are Music City Bowl tickets?

Although the Music City Bowl features teams from two Power Five conferences, the game is usually very affordable to attend. Music City Bowl ticket prices generally start at $25 while the average price of a ticket is closer to $85. Fans looking for the cheapest MCB tickets should look in the upper levels, especially behind one of the end zones. The best seats are usually in the lower level on the 50-yard line, but those seats will come at a premium price.

The Music City Bowl date is usually December 30. Depending on the scheduling of other bowl games, the Music City Bowl may take place a day or two before December and occasionally on New Year’s Eve. The Music City Bowl schedule also includes many events around Nashville including concerts, pre-game parties, tailgating and family activities. In addition to bowl game festivities, fans can take in the sights and sounds of Nashville with various museums and live music venues across the city.

When do Music City Bowl tickets go on sale?

Music City Bowl tickets go on sale in the late summer prior to the NCAA college football season beginning. Be sure to keep an eye on the event listings as TicketSmarter will have tickets for sale as soon as they’re available. More tickets will usually become available as the regular season progresses and time gets closer to the NCAA college bowl game season. In December, the bowl bid selections will be finalized and additional tickets will be released for each team that will play in the game. This will be one of the best times to buy as there will be a large variety of tickets available.

The Music City Bowl has been played at Nissan Stadium since 1999. The venue is an NFL stadium that primarily serves as the home to the Tennessee Titans. As an NFL-caliber stadium, fans are promised an excellent game day experience and atmosphere. In addition to the action in the stadium, fans will have an incredible view of downtown Nashville’s skyline just past the stadium walls.

TicketSmarter provides an easy and safe way to buy Music City Bowl tickets online. As the official ticket resale partner of ESPN Events, we offer a safe and secure web platform that protects your personal information during all ticket transactions. The box office will have long lines on game day, so be sure to get your college football tickets ahead of time at TicketSmarter!

All TicketSmarter tickets are 100% guaranteed. Verified customers rate TicketSmarter 4.6/5.0 stars, so you can order with confidence knowing that we stand behind you throughout your Music City Bowl ticket buying experience.