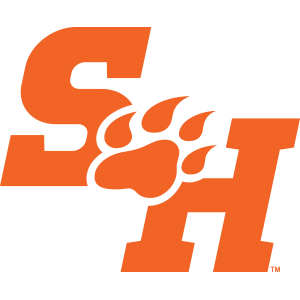 Several factors will have an impact on Sam Houston basketball ticket prices throughout the school year. Some sports on campus will be more popular than others, which will affect the supply and demand of available tickets. Other variables that must be considered are the size of the sports venue, the seating location inside the venue, how well the team is performing, and upcoming opponents on the Sam Houston basketball schedule.

How much are Sam Houston basketball tickets?

Sam Houston basketball tickets will typically start in the $20 to $40 range for most of the games on their schedule. Conference tournaments and NCAA tournaments will have higher Sam Houston basketball ticket prices than regular season games. TicketSmarter’s virtual ticket office allows fans to buy their tickets ahead of time without visiting the box office on game day.

The Sam Houston basketball schedule will begin with regular season games starting in the first week of November. Throughout the months of November and December, the Bearkats will take on out-of-conference opponents. The team will begin playing games against opponents in the WAC in January. The regular season will end at the beginning of March and the Bearkats will have an opportunity to compete in the WAC Basketball Tournament. The Sam Houston State Bearkat basketball team may also earn a chance to compete in the NIT or NCAA March Madness tournaments based on their regular season performance.

Throughout each NCAA sports season, the Sam Houston State Bearkats basketball team will be competing in in-conference games against Western Athletic Conference opponents. Some of the WAC teams that the Bearkats will face during the season include the New Mexico State Aggies and Stephen F. Austin Lumberjacks.

Sam Houston State Bearkats basketball tickets for each sport that the university offers will be available a few months in advance of the start of the season. The TicketSmarter virtual ticket office will have updated event listings for each game of the season with tickets becoming available as soon as possible.

TicketSmarter makes it easy to buy Sam Houston basketball tickets throughout the year. We have developed a safe and secure website that creates a hassle-free experience for customers. The TicketSmarter site and app uses the top security standards in the ticketing industry to ensure your personal information remains safe during all online ticket purchases.