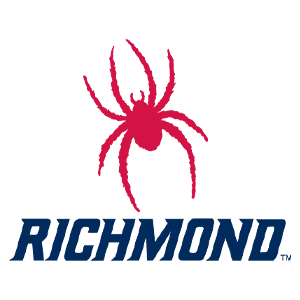 Don't miss out on the next Richmond Football game! Richmond Spiders vs. Morgan State Bears tickets will start as low as $73.00, while the best seats will top out at $73.00. There are 8 football tickets left for the Richmond Spiders vs. Morgan State Bears game at E. Claiborne Robins Stadium, 23B Boatwright Drive, University Of Richmond, VA on September 2nd, 2023 at TBD, so be sure to secure your seats as soon as possible.

College football fans will have limited opportunities to see Richmond Spiders Football live with only 11 games left on the schedule. The 2023 Richmond Football schedule will end with a matchup featuring William & Mary Tribe vs. Richmond Spiders on November 18th, 2023 at TBD. This game will take place at Zable Stadium, located at 100 Stadium Drive, Williamsburg, VA.

Fans can purchase season Richmond Football tickets beginning in May or June. Single-game tickets usually go on sale in late-July or early-August. Bowl and FCS championship games will be decided at the end of the regular season. Post-season tickets go on sale at the end of November. Richmond Spiders Football tickets for William & Mary Tribe vs. Richmond Spiders tickets are on sale now with 8 tickets available for the game.