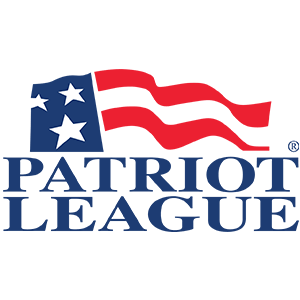 Get your Navy tickets to see the Midshipmen take on all comers in NCAA athletics competition. The Navy Midshipmen represent the United States Naval Academy in NCAA intercollegiate sporting events. Navy sponsors 33 different varsity sports programs for men and women. Midshipmen that attend the academy must participate in a sport either on one of the varsity teams or in an intramural club sport. The Mids compete at the NCAA Division I level and are members of the Patriot League, while the Navy Midshipmen football team competes in the NCAA DI Football Bowl Subdivision as a member of the American Athletic Conference.

The biggest sporting event of the year for the United States Naval Academy is the Army-Navy Game, an annual football game played between the Navy Midshipmen and the Army West Point Black Knights. Navy and Army, along with Air Force, compete each year for the Commander-in-Chief’s Trophy, which resides at the winning academy for the entire year. Navy has won NCAA national championships in fencing, soccer, and outdoor track & field, along with 68 other national championships that were not under NCAA sanctioning. Secure your Navy tickets at TicketSmarter today to see the Midshipmen compete against the nation’s best!

Navy ticket prices will vary from sport to sport. Some of the factors that will affect Navy Midshipmen ticket prices include the popularity of each sport, how well each team is performing throughout the season, upcoming opponents, and seating location at the sporting venue. Tickets to the Army-Navy Game and Air Force-Navy matchups across all sports are always in high demand due to the fierce rivalry amongst the military academies.

How much are Navy Midshipmen tickets?

Navy football tickets will generally cost anywhere from $20 to $60 for most games throughout the season. The football matchup between the Navy Midshipmen and Army West Point Black Knights is one of the most prestigious and exciting games in college football with Army-Navy Game tickets starting at prices over $125. Navy Midshipmen tickets for other sporting events including men’s and women’s basketball, men’s lacrosse, and wrestling will usually start at prices around $20.

Navy Midshipmen ticket prices for the current college sports season are starting as low as $14.00 and the more expensive seating options are available at prices ranging up to $1793.00. The average price to attend an upcoming Navy Midshipmen athletics event is around $101.53. The Navy Midshipmen vs. American University Eagles will take place on January 28th, 2023 at 2:00pm. This Navy Midshipmen sporting event will take place at Alumni Hall - MD, 117 Decatur Road, Annapolis, MD. Fans searching on TicketSmarter will find 16 ticket listings currently available for this exciting NCAA sporting event with prices in the range of $15.00 to $34.00.

The Navy Midshipmen schedule features sports occurring through the fall, winter, and spring NCAA sporting seasons. The Navy football team is the most popular team at the academy with their season starting in late August or early September. The Midshipmen football team will play 12 games with the regular season-ending with the Army-Navy Game on the second weekend of December. The Midshipmen may also earn the opportunity to compete in a bowl game if they win six of their regular-season games. Women’s volleyball along with men’s and women’s soccer will also take place during the fall with matches starting in August and the postseason beginning in November.

Popular winter sports at the US Naval Academy include wrestling, men’s basketball, and women’s basketball. These seasons will begin in November with postseason conference and national tournaments taking place in March. The spring season will see the Midshipmen playing baseball and men’s and women’s lacrosse with the seasons starting in January or February and lasting through April and May.

When do Navy tickets go on sale?

The United States Naval Academy features several sporting venues on campus to accommodate different sporting events and the large crowds that attend the matchups. The Navy Midshipmen seating chart will vary between each of these venues. The largest venue on the US Naval Academy campus is the 34,000-capacity Navy-Marine Corps Memorial Stadium. The stadium was opened in 1959 and hosts the home games for the Navy Midshipmen football and lacrosse teams, along with serving as the home of the Military Bowl.

College sports fans will find a wide variety of Navy tickets for all types of sports at TicketSmarter. TicketSmarter provides an easy-to-use and worry-free ticket buying experience with the highest security standards in place to protect your personal information during ticket transactions. Our website and app has authentic Navy Midshipmen tickets throughout the NCAA sports seasons, allowing fans to find the perfect seats for each event. Skip the box office lines and purchase your tickets ahead of time at TicketSmarter!

All TicketSmarter tickets are 100% guaranteed. Verified customers rate TicketSmarter 4.6/5.0 stars, so you can order with confidence knowing that we stand behind you throughout your Navy ticket buying experience.