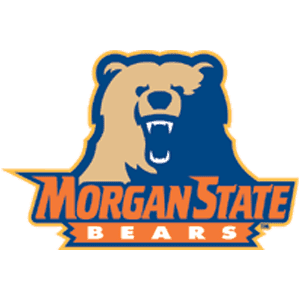 Don your blue and orange and come cheer for the Bears with Morgan State tickets. The Bears represent Morgan State University in 13 varsity sports, five played by the men and thirteen played by the women. Morgan State was established in 1867 in Baltimore, Maryland and is a public historically black university. It was originally known as the Centenary Biblical Institute but changed its name in honor of Reverend Lyttleton Morgan.

The Bears compete in the Mid-Eastern Atlantic Conference and routinely compete for league titles. Morgan State competes in FCS football and can make the Celebration Bowl by winning its conference.

The Bears are best known for their football. MSU has won the MEAC three times through the 2019 season and won fourteen CIAA titles as a member of the conference. Morgan State has also advanced to the NCAA Men’s Basketball Tournament on a few occasions after winning the MEAC tournament title. You can be at Hill Field House and Hughes Stadium to watch the next great Morgan State teams in action by purchasing Morgan State Bears tickets with TicketSmarter. Other sports that are played include Cross Country, Tennis and Track and Field. They have a historic rivalry with Howard University.

The sport, opponent, venue and date will all affect Morgan State Bears ticket prices. Matchups that have MEAC championship implications tend to cost more than contests against teams near the bottom of the standings. Games at the beginning of the season are usually cheaper than those at the end of the year.

How much are Morgan State Bears tickets?

Morgan State battles with other top-tier HBCUs as a member of the Mid-Eastern Athletic Conference. The Bears square off with teams like South Carolina State and Norfolk State in football each year. MSU also welcomes Maryland-Eastern Shore and Delaware State on a yearly basis for basketball. Don’t miss hoops against Howard or Coppin State either.

When do Morgan State Bears tickets go on sale?

Morgan State and the MEAC normally announce season schedules about four to six months before a season. Sports tickets will generally be sold shortly after a schedule is announced. Season tickets will be sold first with single-game options following. TicketSmarter’s Bears athletics calendar is easy to use and will help you locate MSU tickets for any upcoming games.

The home of the Bears has been Hughes Stadium since the facility was built in 1936. It was named after William Alfred Carroll Hughes Sr., who organized the creation of the Bears football team before graduating in 1897. The facility is known as one of the best in college football and has a capacity of 10,000 fans. Look for spots in sections C and D for spots near midfield. Seats behind the visiting bench are all sold as general admission.

Morgan State hoops call Talmadge L. Hill Field House home. The 4,250-seat multi-purpose arena opened in 1974 and offers theater seating to give all fans a great view of the game. Seats are located on both sidelines and behind one baseline. Courtside seats are also an option for games at Hill Field House. TicketSmarter makes it easy to purchase Morgan State basketball tickets. Our interactive seating chart allows you to click through available seats and find a great spot to watch Bears sports.

TicketSmarter knows that buying Bears tickets online requires trust. That’s why we are committed to providing you with a secure process to secure your seats. Our high standards keep your data safe and every ticket purchased is 100% guaranteed. That means you get authentic Morgan State Bears tickets every time you use TicketSmarter. If you have any questions or concerns, our customer support team is happy to lend a hand.

All TicketSmarter Morgan State tickets are 100% guaranteed. Documented TicketSmarter customers rate our virtual ticket office 4.6/5.0 stars, so you can order with confidence knowing that we stand behind you throughout your Morgan State Bears ticket buying experience.