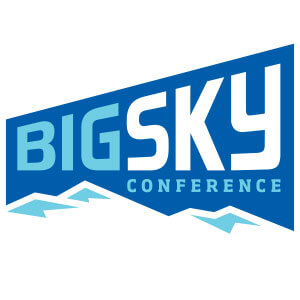 Score a touchdown this season with Montana State football tickets from TicketSmarter! The Montana State Bobcats is the college football team that represents Montana State University in Bozeman. The Bobcats play in the NCAA Division I Football Championship Division as a member of the Big Sky Conference. The team was founded in 1897 and previously competed in the NAIA and NCAA Division II. The team had previously competed as an independent and as a member of the Rocky Mountain Athletic Conference before joining the Big Sky in 1963.

The Montana State Bobcats have won national championships in the NAIA, NCAA Division II and Division I FCS. The team has also won numerous conference championships, both in the RMAC and the Big Sky. Since the 2000s, the Bobcats have been one of the most competitive teams at the FCS level and competed in the FCS Playoffs nine times from 2000 to 2019. Montana State’s biggest football rival is the Montana Grizzlies, who they play each year in the Brawl of the Wild, also known as the Cat-Griz game. Secure your Montana State football tickets at TicketSmarter today!

Montana State football ticket prices will fluctuate throughout the year due to a number of factors. Some of the variables that will affect the price of tickets include upcoming opponents, rivalry games and seating location inside the stadium. Games against the Montana Grizzlies and other Big Sky Conference teams will typically be more expensive than out-of-conference games. Matchups against nationally-ranked opponents and Football Bowl Subdivision teams will also have a higher ticket price.

How much are Montana State football tickets?

Fans looking for Montana State Bobcats Football tickets during this season will find them in a price range from $20.00 to $835.00, while $122.89 is currently the average price of tickets per game. 2023 Montana State Bobcats Football Season Tickets (Includes Tickets To All Regular Season Home Games) tickets are currently available for the upcoming game at Bobcat Stadium - MSU on September 1st, 2023 at TBD. There are 0 tickets currently available for this game on TicketSmarter. The cheapest tickets for the game are starting at $0.00, while premium seating options are going for prices as high as $0.00.

The Montana State football schedule will consist of 11 to 12 regular season games. The NCAA DI FCS schedule typically begins in the last week of August or the first week of September. The Bobcats will typically start their season off with three to four non-conference games. During the non-conference portion of the season, the team may face an opponent from the FBS.

The Montana State Bobcats will begin facing Big Sky Conference opponents at the end of September or early October. Some of the in-conference teams they may face include the North Dakota Fighting Hawks and Southern Utah Thunderbirds. The Brawl of the Wild rivalry game against the Montana Grizzlies will typically be the final regular season game of the year. The Bobcats can also qualify for the FCS Playoffs at the end of the year by winning the Big Sky Conference Football Championship or by receiving an at-large bid. The playoffs will take place throughout December with four rounds taking place before the FCS National Championship Game in January.

The Montana State Bobcats Football schedule has a total of 12 football games left to be played during the season. One of the highlights of the football season will be the Montana Grizzlies vs. Montana State Bobcats game at Washington/Grizzly Stadium, 32 Campus Drive, Missoula, MT. The game is scheduled for November 18th, 2023 at TBD making it one of the final games of the season. Wanting to watch this game in person? Be sure to grab one of the 10 tickets available on TicketSmarter with prices ranging from $409.00 to $652.00.

When do Montana State football tickets go on sale?

Montana State football tickets will usually go on sale during the first week of August. Some of the bigger games on the Bobcats’ schedule may have tickets available on the TicketSmarter virtual ticket office at an earlier date.

The Montana State football team plays their home game at Bobcat Stadium located at 1 Bobcat Cir, Bozeman, MT 59718. The stadium opened in 1973 and underwent a renovation project in 1998 and an additional expansion project in 2011. The Bobcat Stadium seating chart has a horseshoe-shaped grandstand that provides seating along each sideline and behind the southeast end zone.

TicketSmarter wants you to have an easy and worry-free experience when buying Montana State football tickets online. TicketSmarter provides a safe and secure web platform for buying tickets to all NCAA collegiate athletic events. We use the highest standards in the ticketing industry to ensure your personal information remains protected during all ticket transactions.

All TicketSmarter tickets are 100% guaranteed. Verified customers rate TicketSmarter 4.6/5.0 stars, so you can order with confidence knowing that we stand behind you throughout your Montana State football ticket buying experience.