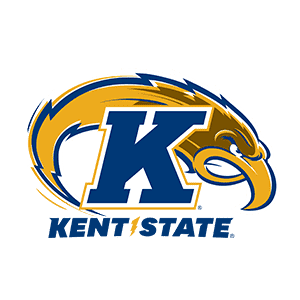 Cheer on the Golden Flashes with your Kent State tickets from TicketSmarter. The Ohio-based university fields nineteen varsity athletic programs across men’s and women’s sports. The Flashes are members of the Mid-American Conference (MAC) and compete in the East division. Some of the earliest athletic teams consisted of intramural women’s programs. Very few athletic opportunities were available for men. While sports began as early as 1913, the first intercollegiate athletic event wasn’t held until 1915. From that first game, many different programs have been added, including Kent State basketball and football. Even though Kent State’s athletics began fielding women’s teams, the first intercollegiate women’s program was not founded until 1964.

Purchase Kent State tickets in the fall to see the Golden Flashes on the gridiron. The football team played their first season in 1920 and were considered independent until 1932. They joined the Ohio Athletic Conference in 1932 and remained until leaving for the MAC in 1951. The Golden Flashes football team claimed the 2012 MAC East crown but fell short of the conference title to the Northern Illinois Huskies in double-overtime. An appearance in the 2012 GoDaddy.com Bowl against Arkansas State was an adequate consolation prize.

Kent State basketball remained relatively mediocre until the mid-1990s. They made a few appearances in the National Invitation Tournament (NIT) but never made it out of the first round. Under the leadership of head coach Gary Waters, the Golden Flashes took care of business in the MAC. They won more than 20 games in the 1999 season and knocked off the Miami RedHawks in the MAC Tournament Championship to earn an automatic bid for the NCAA Men’s Basketball Tournament. Former Los Angeles Chargers’ tight end Antonio Gates played on the 2001-02 Kent State basketball team. He helped lead the Golden Flashes to 30 wins and a top-12 ranking at the end of the season.

Kent State basketball and football tickets will likely be the most expensive of any sport. The opponent and success of the team can cause Kent State ticket prices to fluctuate.

How much are Kent State tickets?

With nineteen different programs, there are plenty of opportunities to find a Kent State athletic event. The KSU Golden Flashes open the academic year with their football team in late August or early September. Around 12 regular-season games are played on Saturdays until late November. Any bowl games the Golden Flashes are invited to, like the 2019 Frisco Bowl against Utah State, are held in December.

Kent State basketball tickets will be in high demand during the winter season. Games may overlap with the end of the football season as the basketball season tips off in November. The Flashes play around 30 games in the regular season, including appearances in events like the Coaches vs. Cancer Classic. Catch rivalry games against Bowling Green in the regular season and potentially in the MAC Tournament.

47 events are listed on the Kent State Golden Flashes athletics schedule. The Pittsburgh Panthers vs. Kent State Golden Flashes matchup is currently one of the last sporting events on the university's athletics calendar. Charles L. Cost Field - Petersen Sports Complex at 365 Robinson St Ext, Pittsburgh, PA will be hosting this game. Fans can browse the 0 tickets currently on sale for the event with prices starting at $0.00 and reaching a maximum price of $0.00.

When do Kent State tickets go on sale?

KSU football tickets go on sale a few weeks before the start of the regular season. Fans interested in season tickets should check back in April. Find Kent State basketball tickets in early October.

Dix Stadium, formerly known as Memorial Stadium, is the site of Kent State home football games. Around 25,000 fans can fill the stadium. A record 27,363 people filled Dix Stadium for a game against the Miami RedHawks in 1973. Look for general admission seating behind the home bench. Suites are located at midfield above the west side bleachers.

The Memorial Athletic and Convocation Center, intimately referred to as the MAC Center hosts many indoor sports for the Golden Flashes. Men’s and women’s basketball will be the primary tenants, but volleyball and gymnastics compete in the MAC as well. With a capacity of 6,327 people, the MAC offers an intimate Kent State basketball experience. The building was initially constructed as a physical education facility, making many of the seats very close to the court. Bleacher-style seating is available on either side of the court and in the balconies. Purchase chairback Kent State basketball tickets in the blue and gold loge section. Use TicketSmarter’s seating chart to easily select your seats for the next Golden Flashes game.

TicketSmarter’s simple and straightforward ticket purchasing platform helps you get your Kent State tickets quickly and easily. Rest easy, knowing that your private data is safe and secure while you complete your purchase. Our website employs the highest security standards in the industry for your protection. Reach out to our customer service team with any questions.

Enjoy fully guaranteed Kent State tickets at TicketSmarter. Verified customers rate TicketSmarter 4.6/5.0 stars, so you can trust that we stand by you throughout the entire purchasing process.