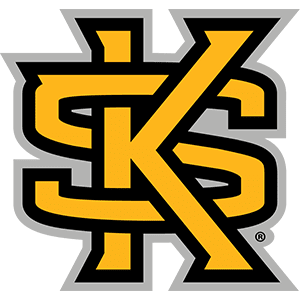 The Kennesaw State Owls football team has been a surprise success in their formative years. The team started in 2015 and they won two Big South Conference championships along with qualifying for the NCAA Division I FCS Playoffs three times before the end of the decade. At the DII level, the Kennesaw State basketball teams have also been successful against national competition. The Owls men’s basketball team won the DII Basketball National Championship in 2004 and the women’s team made it to the DII NCAA Elite Eight multiple times. Watch the Owls soar above the competition with Kennesaw State tickets from TicketSmarter!

Kennesaw State ticket prices will be different from sport to sport. Kennesaw State teams that are more popular or more successful will usually have higher ticket prices. Other factors that will impact the cost of Kennesaw State Owls tickets include their upcoming opponents, the number of games left in the season and the seating location at the sports venue.

How much are Kennesaw State tickets?

Kennesaw State Owls tickets during the current college athletics season have ticket prices starting at $18.00 and reaching prices as high as $5618.00, while the average price of a single ticket is around $64.50. San Diego State Aztecs vs. Kennesaw State Owls tickets for the game on December 12th, 2022 at 7:00pm are on sale now at TicketSmarter. There are 846 tickets currently listed for this upcoming Kennesaw State Owls athletics event. Fans browsing through the tickets for the game on TicketSmarter will find that the current ticket prices are ranging from $4.00 to $191.00. Make your plans to be on campus at Viejas Arena At Aztec Bowl, 5500 Canyon Crest Dr., San Diego, CA for this exciting matchup!

The Kennesaw State Owls keep a busy athletics calendar throughout the school year with many sporting events for spectators to enjoy. The fall sports calendar features Kennesaw State volleyball, football and women’s soccer. These sports will begin in August and run through November, with postseason play starting in December. The Kennesaw State Owls football team will play six Big South Conference games during their season with hopes of qualifying for the NCAA Division I FCS Playoffs in December.

The men’s and women’s basketball seasons will start in November with ASUN Conference play beginning in January. The teams will play in the ASUN Conference Basketball Tournaments in March with hopes of earning a berth into the NCAA March Madness Tournaments. During the spring season, fans can enjoy sporting events featuring the baseball, softball and women’s lacrosse teams. The Kennesaw State spring sports season will begin in February and end in May.

When do Kennesaw State Owls tickets go on sale?

As a relatively young athletics program, Kennesaw State has several modern sports venues on their campus. Fifth Third Bank Stadium opened in 2010 and serves as the home to the Kennesaw State football, women’s soccer and women’s lacrosse teams. The stadium has 8,318 seats and has a horseshoe seating layout that wraps around the south end zone. Sections 105 through 107 are located directly behind the Owls benches, making them highly sought after seats.

TicketSmarter provides an easy and worry-free experience when buying Kennesaw State tickets online. We offer a safe and secure web platform that uses the highest standards in the ticketing industry to protect your personal information during all transactions. You can skip the box office lines and secure legitimate KSU Owls tickets in advance at TicketSmarter.

All TicketSmarter tickets are 100% guaranteed. Verified customers rate TicketSmarter 4.6/5.0 stars, so you can order with confidence knowing that we stand behind you throughout your Kennesaw State ticket buying experience.