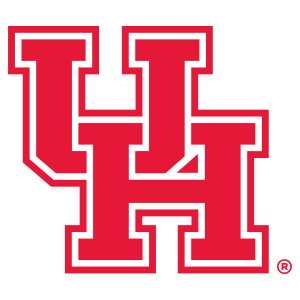 Head out to the ballpark with your Houston Cougars baseball tickets from TicketSmarter. The University of Houston began fielding a baseball team in 1947. They compete in the American Athletic Conference (AAC) at the NCAA Division I level. The Cougars struggled to keep coaches around during the early years of the program. Coach Lovette Hill took over at the start of the 1950 season and provided stability and success for Houston.

Hill led the Cougars to their first appearance in the NCAA Regional after his first season as their coach. A few years later, Houston made it to their first College World Series appearance in 1953. His 24-year career included another stop at the College World Series in 1967. The Cougars finished as the national runner-up after losing to the Arizona State Sun Devils. The success earned the team a number two national ranking.

The Cougars continued their winning ways in the years after Coach Hill. It’s a common occurrence to see them win the conference title with your Houston Cougars baseball tickets. Houston has made it a habit of wrapping up the conference championship at Shroeder Park, their home field. They claimed back-to-back conference championships in 1999 and 2000. From 2015-2018, the Cougars won three out of four AAC titles. Be sure to watch the Silver Glove series each season. The series represents the crosstown rivalry between the University of Houston and Rice University.

Houston Baseball ticket prices will vary based on the opponent and seat location. Seats will be in high demand for games against top-tier opponents, so you will want to secure those early to avoid late cost increases.

How much are Houston Baseball tickets?

When do Houston Baseball tickets go on sale?

Houston Baseball tickets normally go on sale in December after the team’s schedule is released. Postseason tickets will be available as soon as the NCAA announces the tournament field in late June. Use TicketSmarter’s up-to-date schedule to snag your college baseball tickets.   Rice Owls vs. Houston Cougars tickets are now available for the final game of the year, which will take place at Reckling Park, 1968 University Blvd., Houston, TX.

College baseball facilities vary in size, but most have a capacity of around 2,000 to 5,000 people. Some of the best seats at any ballpark will be located right behind home plate while fans who want to come home with a souvenir should look for spots in foul ball territory down the lines. Most college stadiums also include some family-friendly grass seating in the outfield or down one of the lines. Some schools will also have suites or club spots available as premium seating options. Secure Houston Cougars Baseball tickets for home or away games at any facility with TicketSmarter’s dynamic seating chart.

The Houston Baseball team will play at several college ballparks throughout the year. The next game on the Cougars schedule will be played at Eck Stadium in Wichita, KS. Every game of the season will have an accurate Houston Cougars Baseball seating chart that will accurately display the available seats for every home and away game.

You can buy Houston Baseball tickets stress-free when you shop through TicketSmarter. Our top-notch data security standards will keep your information safe when you buy online. Our customer service team is also always ready to answer questions and speak to any concerns you might have. Every purchase is guaranteed, so your sporting event tickets will be authentic every time.

College baseball tickets are 100% guaranteed when you purchase with TicketSmarter. Confirmed customers grade TicketSmarter at 4.6/5.0 stars, so you can order with confidence knowing that we stand behind you throughout your Houston Cougars Baseball ticket buying experience.