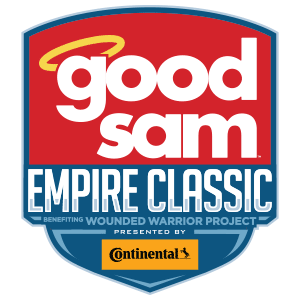 The tournament traditionally includes teams from different conferences with the 2020 field featuring Villanova from the Big East, NC State from the ACC, Michigan from the Big Ten, and Baylor from the Big 12. The four squads square off over two days at Madison Square Garden in an attempt to bolster their resumes for Selection Sunday in March.

Heading into the 2020 college basketball season Duke had won the most tournaments with three titles under its belt. Syracuse was the only other team with multiple wins, taking the championship in 2004 and 2009. Georgetown was the runner up at the tournament twice, dropping both title games to the Blue Devils.

Teams selected for the Empire Classic are among college basketball’s most historically strong programs. They are often ranked in the Associated Press preseason poll. You can be at MSG to watch the top-notch programs in action by purchasing Empire Classic tickets through TicketSmarter.

The teams participating, level of excitement and your seat location will all affect Empire Classic ticket prices. The Associated Press college basketball rankings can also affect pricing. Costs may rise if all four participating teams have the top ten or top five rankings in the preseason poll.

How much are Empire Classic tickets?

The 2K Empire Classic is normally played in mid-to-late November each year. The first day of action is usually a Thursday and with the championship and third-place game taking place the following day. The tournament has been held at Madison Square Garden since 1998. Participating teams are typically announced in January or February.

This year's Empire Classic tournament has 3 basketball games remaining on the schedule. Fans of the team are looking forward to the Empire Classic game on November 22nd, 2022 at 5:00pm. It’s scheduled to take place at Barclays Center, 620 Atlantic Avenue, Brooklyn, NY and there are 632 tickets on sale on TicketSmarter. Empire Classic tickets are currently in the price range of $31.00 to $690.00.

When do Empire Classic tickets go on sale?

Empire Classic tickets will go on sale once tournament organizers and the participating teams announce details. TicketSmarter will have tickets available shortly after they are released. Bookmark this page to ensure that you are one of the first people to secure your seat at Madison Square Garden.

Madison Square Garden has been the home of the Empire Classic since 1998. MSG is a 19,812-seat arena known for being one of the best places in the world to watch basketball. In addition to the Empire Classic, the facility hosts the Big East Basketball Tournament each year. It is one of the only venues in the world to host the NBA Finals and Stanley Cup Finals at the same time.

The home of the Knicks offers a cornucopia of seating options for college hoops fans. There are risers behind each basket as well as an expansive lower bowl. West balcony seats are available behind the basket as well. Courtside seats are among the premium options normally offered at Madison Square Garden. There are also club seats and luxury suites. TicketSmarter’s dynamic seating chart will help you sort through available 2K Empire Classic tickets and lock down a great spot.

TicketSmarter provides a stress-free way to grab basketball tickets. We value your business and maintain the strongest measures in the industry to ensure your safety when buying basketball tickets. Our top-notch customer service team is ready to help if you have any questions or concerns while buying Empire Classic tickets online. Every transaction is totally guaranteed so your NCAA hoops tickets will be authentic every time.

All college basketball tickets bought with TicketSmarter are 100% guaranteed. Verified customers rate TicketSmarter 4.6/5.0 stars, so you can shop and order with confidence knowing that we will stand behind you throughout your Empire Classic ticket buying experience.