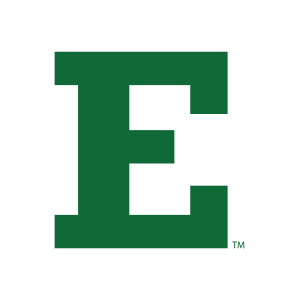 Cheer on the Eagles with your Eastern Michigan tickets from TicketSmarter. Eastern Michigan University resides in Ypsilanti, MI. Many of the school’s programs compete at the Division I level. In total, there are 19 varsity teams. Teams belong to the Mid-American Conference (MAC), with the exception of the women’s rowing team. Women’s rowing is a member of the Colonial Athletic Association (CAA).

EMU is best known for its dominance in running sports. Cross country has brought in more than 17 MAC titles. The track and field teams have collected more than 30 across both seasons. The Eagles have also enjoyed considerable success on the gridiron and on the basketball court.

Eastern Michigan football has reached a number of bowl games at the conclusion of the regular season. The most famous bowl win is likely their victory over San Jose State in the 1987 California Bowl. Entering the matchup, the Eagles were 17.5 point underdogs. The game-winning touchdown was scored by Ron Adams, to leave the final score, 30-27 in favor of Eastern Michigan.

Watch the Eagles take the court with your Eastern Michigan tickets. While the Eagles have not appeared in many NCAA Tournaments in their history, they do not seem to take their opportunities for granted. George “the Iceman” Gervin, who went on to play for the San Antonio Spurs, led EMU to the Final Four in 1972. In 1996, the Eagles defeated Mike Krzyzewski’s Duke Blue Devils in the first round of the NCAA Tournament.

There are a number of factors that can impact Eastern Michigan ticket prices. The school fields nearly 20 sports, but the most expensive tickets will likely be for EMU football and basketball games. Tickets to these games may increase when the team is winning or hosting ranked opponents.

How much are Eastern Michigan tickets?

During the fall season, Eastern Michigan football tickets will be in high demand. Games begin at the end of August and are held on most Saturdays through November. At the end of the regular season, the Eagles may be invited to play in a bowl game. In 2019, EMU lost by four points to Pittsburgh in the Quick Lane Bowl.

The winter season will see the Eagles basketball team highlight the sports schedule. The season tips off in November and ends in March. Power 5 opponents like the Duke Blue Devils usually appear on the Eastern Michigan schedule early on in the season. The Mid-American Conference Tournament starts once the regular season wraps up. The Eagles may qualify for the NCAA Tournament by winning the conference tournament or being invited due to their strong record.

When do Eastern Michigan tickets go on sale?

Purchase EMU tickets in the fall for Eagles football games at the 30,200-seat Rynearson Stadium. The stadium nearly doubled in size since its construction in 1969. EMU’s track and field teams compete on the same surface. Rynearson is one of two football stadiums in the MAC that has a track around the field. Buffalo’s UB Stadium is the only other.

Stands flank either side of the field. In the south endzone, there are no seats. However, the south end zone provides standing room for fans in the event of a sold-out EMU football game. Purchase Eastern Michigan football tickets in section 105 to sit at the fifty-yard line.

The EMU Convocation Center hosts men’s and women’s basketball. Eastern Michigan volleyball also has its home games in what is nicknamed “The Convo.” The arena can seat 8,824 fans in two-tiers of seating. Cheap EMU basketball tickets can be found in sections 210 or 217 which are in the corners of the upper levels. Sit behind the basket in sections 101 or 126. TicketSmarter provides an easy-to-use seating chart for every EMU venue.

TicketSmarter provides Eastern Michigan fans with a simple and straightforward ticket purchasing platform. Customers can enjoy the safety and security of our website. We implement the latest internet security protocols available in order to protect your private information through checkout. Our dedicated customer service team is standing by to assist you at any moment in your EMU ticket shopping experience.

Every Eastern Michigan ticket purchased through TicketSmarter is fully guaranteed. Your valid and authentic tickets are sure to arrive on time and get you to your seat. Verified customers rate TicketSmarter 4.6/5.0 stars, so you can be sure that we stay true to our promise.