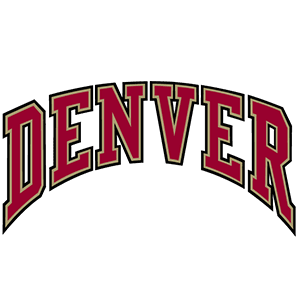 Watch the thrills of a three-point play with Denver Women's Basketball tickets. Hailing from Denver, Colo., The Pioneers women's basketball team competes in the NCAA Division I women's college basketball and is part of the Summit League where they play against top teams such as Oral Roberts University and South Dakota State University. They show their school pride every home game at the Magness Arena, which seats a whopping 7,200 cheering fans.

The Denver Pioneers started out as a club sport in 1974 before joining Intermountain Conference play for just a few short years. In 1978, they restructured and went into the Continental Divide/Colorado Athletic Conference for almost twenty years when they finally joined Division I in 1998. Two years later they went on to win the division and competed in the Sun Belt Conference Championship game where they lost to Louisiana Tech in a not-so-close margin. Even with the loss, they were still invited to the NCAA Tournament but suffered a disappointing loss to Virginia Tech in the first round.

Cheer on the Crimson and Gold with Denver Women's Basketball tickets. Since then, they have made appearances in the WNIT. In 2011, they were defeated by BYU in the first round, but in 2019 they defeated the University of New Mexico to advance in the second only to lose to the University of Idaho by twenty points.

Several variables will affect Denver Pioneers Women's Basketball ticket prices. The most important is the level of demand for a given contest. Non-conference games between little-known teams can be fairly inexpensive while tickets to the NCAA Tournament or NIT can be much more expensive. Conference tournaments and other conference contests can be a happy medium for fans who want to watch quality hoops without breaking the bank.

How much are Denver Women's Basketball tickets?

The average cost of Denver Women's Basketball tickets for the current season is $0. Courtside and premium seats will cost much more while spots in the upper levels of an arena are typically more affordable. Typically, courtside seats for a conference game will be over $100 per ticket.

A matchup featuring Denver Pioneers Women's Basketball vs. Northern Colorado Bears will be next up on the Denver Women's Basketball schedule. The game will take place on November 11th, 2022 at TBD at University of Denver - Hamilton Gymnasium, 2240 East Buchtell Blvd, Denver, CO. There are 106 Denver Pioneers Women's Basketball vs. Northern Colorado Bears tickets available right now, ranging from a starting price of $34.00 to a top end price of $35.00 for premium seats. During the 2022 Pioneers basketball season, tickets will vary from game to game with a lowest ticket price set at $0 and the most expensive ticket set at $0.

When do Denver Women's Basketball tickets go on sale?

Most regular-season college basketball tickets will go on sale in June or July after schedules are released for the upcoming season. Early season tournaments like the Maui Invitational will usually start selling tickets as soon as they announce the field and dates for the next event. Postseason seats will be available as soon as the NCAA and NIT selection committees announce tournament fields. Use TicketSmarter’s up-to-date schedule to snag Denver Pioneers Women's Basketball tickets as soon as they are available.

Most men’s and women’s basketball programs share an on-campus arena. Facilities typically have seating for between 7,000 and 11,000 fans. Courtside seats provide an up-close-and-personal view of the game, while more affordable spots are usually found in the upper levels. Look for seats near the half court line for the best view of the game. Use TicketSmarter’s interactive seating chart to snag the best Denver Pioneers Women's Basketball tickets available for both home and road contests.

TicketSmarter's seating map tools will have accurate Denver Pioneers Women's Basketball seating charts for every home and away game on the schedule.

You can be certain that TicketSmarter prioritizes your safety and security while you buy Denver Pioneers Women's Basketball tickets online. Our data security standards are among the best in the industry, and we work hard to keep your information safe. If you have any questions, our customer service team is happy to lend a hand.