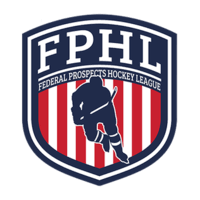 Gear up for intense hockey action on the ice with Carolina Thunderbirds tickets. The Thunderbirds are a minor league hockey team that competes as part of the Federal Prospects Hockey League. They are currently coached by Garrett Rutledge and play out of North Carolina’s Winston-Salem Fairgrounds Annex.

The Carolina Thunderbirds were born in 2016 as a Federal Hockey League expansion team. They took their name from Winston-Salem's previous pro team, with Andre Niec serving as head coach for their inaugural season. The Thunderbirds played their first game in 2017 against the Danville Dashers, the first of many games they played to a sold-out crowd.

The following year the Thunderbirds set a new season attendance record for the Federal Hockey League and played the longest game in league history against the Watertown Wolves in the playoff semifinals. In 2019 they set the FHL record for longest win streak with 24 straight wins, going on to secure their first regular-season championship. The Thunderbirds won numerous league awards that year, including Most Valuable Player and Coach of the Year. Be sure to buy Carolina Thunderbirds tickets for your chance to see this rising team of hockey stars in action on the ice.

Carolina Thunderbirds ticket prices will vary depending on your seat location and the teams competing. A matchup between top-tier squads is sure to carry higher costs due to higher demand. Seats near center ice will usually be more expensive than a spot behind one of the goaltenders.

How much are Carolina Thunderbirds tickets?

The average price for an NHL ticket is about $135. Tickets for an ECHL matchup will usually start between $39 and $61. College hockey tickets tend to be around $20 to $40 for a regular-season matchup. NCAA Frozen Four tickets start at about $225. Find tickets effortlessly and lock down a seat with TicketSmarter.

Carolina Thunderbirds tickets will vary from game to game, but prices can start as low as $29.00 and go up to prices reaching $835.00. Throughout the season, the average ticket price per game is right around $37.50. The next game for the Carolina Thunderbirds is the Mississippi Sea Wolves vs. Carolina Thunderbirds match on December 8th, 2022 at 6:00pm. That game is set to take place at Mississippi Coast Coliseum, 2350 Beach Blvd, Biloxi, MS. 0 tickets are currently available for the game with prices ranging from $0.00 to $0.00.

Hockey season is generally between November and June, though exact dates will vary depending on the league. College hockey usually goes from November to April, culminating with the Frozen Four. Minor leagues like the AHL and CHL will usually have shorter seasons than the NHL. The NHL season stretches all the way into June for teams that reach the Stanley Cup Finals. Other hockey events like the NHL Draft and U.S. Hockey Hall of Fame Game take place throughout the offseason too.

When do Carolina Thunderbirds tickets go on sale?

Hockey tickets will go on sale as soon as event details are announced. TicketSmarter maintains an up to date Carolina Thunderbirds calendar, so bookmark this page to be one of the first to secure a seat.

Hockey stadiums will range in size from a few thousand people to as many as 25,000. Facilities in the minor leagues like the WHL and ECHL typically have seating capacities around 3,500 to 7,000 while NHL arenas can seat closer to 20,000 hockey fans. Regardless of the venue’s size, look for seats near center ice for a great view of the action. Spots behind the goals can also provide a fun look at the game. Premium seating and club seats will be available at almost every hockey venue. Use TicketSmarter’s interactive seating chart to purchase Carolina Thunderbirds tickets in any arena.

Your safety and security are TicketSmarter’s top priority. We use the highest standards for data security and customer service to ensure that you have a great ticket buying experience. Your personal information is protected throughout the transaction and every ticket is guaranteed. That means your Carolina Thunderbirds tickets will be valid whenever you buy from our site.

Every TicketSmarter ticket comes with a 100% guarantee. Documented customers rate TicketSmarter 4.6/5.0 stars, so you can order with confidence knowing that we stand behind you for the entirety of your Carolina Thunderbirds ticket buying experience.