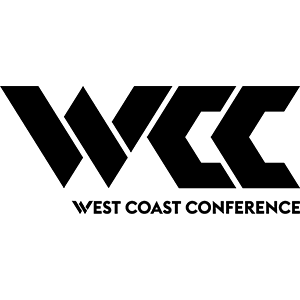 See all the NCAA Division I action with BYU volleyball tickets. The Cougars represent Brigham Young University, situated in Provo, Utah, in NCAA Division I women’s volleyball. The school became part of the West Coast Conference, or WCC, in 2011. The Cougars enjoy a home-court advantage at the George Albert Smith Fieldhouse, which has a capacity of 5,000.

Volleyball began at BYU in 1969 under the direction of coach Elaine Michaels. The program had a 19-3 overall record, including an undefeated 14-0 mark in the Conference of College Women Physical Education on its way to winning the school’s first conference championship. Another landmark year for the team was 1972 when the school went 20-2, with an undefeated 8-0 record in the Intermountain Athletic Conference. The Cougars advanced to the first national championship game for the Association of Intercollegiate Athletics for Women, finishing runner up.

Be there for every set, every block and every spike with BYU volleyball tickets. The school has won over 30 conference championships, including four in the High Country Athletic Conference, more than five in the Western Athletic Conference, multiple championships in the Mountain West Conference and the WCC. The team has also been multiple conference tournament championships as well as more than 40 national tournament appearances in the AIAW and the NCAA, including advancing more than a dozen times to the regional finals as well as multiple semifinals and more than one final.

BYU Women's Volleyball ticket prices will usually vary in cost based on several factors. Your preferred seat location will have a major impact with spots in the lower bowl costing more than general admission or upper-level seats. Matches against top opponents will also carry higher prices due to increased demand. Grab tickets early with TicketSmarter to avoid rising costs for big-time matches.

How much are BYU Women's Volleyball tickets?

Tickets for the NCAA Women’s Volleyball Championship carried an average cost of $130 in 2019 though tickets could be found for closer to $70.

The BYU Women's Volleyball schedule runs from August to November. NCAA Volleyball teams will typically play in early season tournaments during August and September before moving into conference matches. Conference tournaments usually take place in mid-November with the NCAA Tournament following those. The Regional Semifinals and National Championship games are usually held in the middle of December.

When do BYU Women's Volleyball tickets go on sale?

Volleyball schedules are typically announced in April or May. Ticket sales will follow the announcement in May and June. Seats at early-season tournaments will usually be available once the hosting team announces its schedule and the tournament field. Use TicketSmarter’s BYU Cougars Women's Volleyball calendar to order NCAA Volleyball tickets as soon as they are available.

Most college volleyball teams share their arenas with the men’s and women’s basketball programs though some have their own facilities. Most arenas will range in capacity between 3,000 and 7,000 for a volleyball-specific facility and 5,000 to 12,000 for a shared facility. Seats at the net will provide a great angle to watch the match and sitting behind one side will certainly provide a unique angle too.

Some facilities also offer suites and box seats, along with other premium courtside options. You can find spots to match your preference by using our interactive seating chart to sort through available BYU Cougars Women's Volleyball tickets.

TicketSmarter’s strong data security standards will keep your information safe throughout the process of buying tickets. We strive to provide you with a worry-free experience. Each seat you secure through our site is guaranteed. That means you can count on TicketSmarter to sell only authentic BYU Cougars Women's Volleyball tickets every time.