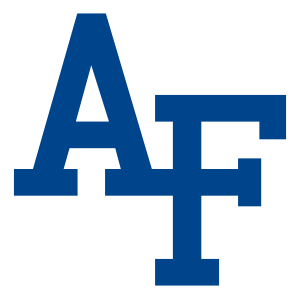 See some of the most thrilling goals with Air Force Hockey tickets. The Air Force Falcons men's ice hockey team is a National Collegiate Athletic Association (NCAA) Division I college sport that represents the United States Air Force Academy in the Atlantic Hockey conference. Representing their country, these courageous players put on an exciting show for fans at Cadet Ice Arena in Colorado Springs, CO every year by fighting hard against opponents from other universities around America.

The Air Force Academy Ice Hockey program began as a club team in 1966, led by former Michigan head coach Vic Heyliger. The academy grew swiftly and posted winning records within three seasons under his watchful eye. In 1974 when he retired from coaching duties, turning it over to John Matchefts who had also done an excellent job at leading this same athletic department up until then; success continued with two more 20+ win years. Air Force joined the CHA in 1999 when they became an inaugural member alongside Army and five other newly-minted Division I teams.

Score one for the blue and silver with Air Force Hockey tickets. The Falcons left the CHA and joined Atlantic Hockey, where they had a winning season for just the second time since 2003. They defeated #1 seed Sacred Heart University in overtime 5-4. The 2017-2018 season was a banner year for the Air Force hockey team. They had been rebuilding their program over recent years, but it paid off with an Atlantic Hockey crown and two quarter final appearances in NCAA Division I play - one against eventual champion Minnesota-Duluth.

How much are Air Force Hockey tickets?

The price of Air Force Hockey tickets are usually between $32.00 and $130.00. Ticket prices will vary from game to game, but the average price for game tickets throughout the entire season is around $62.16. Seats at center ice can cost over $100 for major matchups, while cheaper options will be found in the upper levels of the arena. Spots behind either net can provide a happy medium for fans who want to sit in the lower bowl without breaking the bank. Prices will rise for most postseason contests as well as big-time mid-season tournaments like the Catamount Cup or Great Lakes Invitational.

Air Force Falcons Hockey’s season will usually run from October through April if they make a run in the NCAA Ice Hockey Tournament. The team can be featured in exciting tournaments like the Fortress Invitational or the Mariucci Classic at Minnesota’s 3M Arena. The team will typically play between 32 and 34 games in a regular season with up to 40 possible if they make a run in a postseason tournament.

When do Air Force Hockey tickets go on sale?

College hockey is typically played at on-campus arenas with capacities ranging between 350 and 17,500. Many teams will also share an arena with their men’s and women’s basketball programs. Those looking for premium seating should search for VIP or suite tickets, while those just looking to get in the door should check the upper levels of each venue. Some venues will also have standing room only tickets. Use TicketSmarter’s interactive seating chart to sift through your options at any arena, home or away, and snag the best Air Force Falcons Hockey tickets available.

Use TicketSmarter to ensure a safe and secure experience buying NCAA hockey tickets. We use some of the industry’s highest standards to make sure that your data is secure when you buy with our site. Every ticket is also protected by our 100% guarantee. That means you will receive authentic Air Force Falcons Hockey tickets when buying through our site.

Every ice hockey ticket you buy with TicketSmarter is 100% guaranteed. TicketSmarter earned a 4.6/5.0 star rating from verified customers, so you can order confidently and be certain that we stand behind you throughout your Air Force Falcons Hockey ticket buying experience.