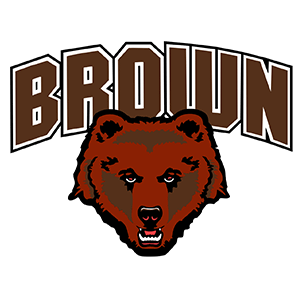 Using TicketSmarter, be a part of the team that epitomizes the rich history of Brown University with your Brown football tickets. As one of the nation's oldest universities, the college is amongst the biggest athletic programs with 28 Division I sports. Notable players that have been a part of the football roster include John Heisman, Bob Margarita and Joe Paterno. All three were added to the College Football Hall of Fame. The NCAA's most outstanding football player trophy was named after John Heisman in 1936, which is known as the Heisman trophy.

The football team is a part of the NCAA Division I Football Championship Subdivision (FCS). They are in the Ivy League conference, which includes teams like Harvard, Yale and Princeton University. The most recognized class was the 1926 team that remained undefeated for an entire season. In its history, the football team has won 4 Ivy League titles. Football games were originally played at Adelaide Park and then Andrews Field. After construction finished in 1925, Brown Stadium has been the home of Bears football. Buy your Brown football tickets and cheer on with your fellow Rhode Islanders.

Brown football tickets prices vary from season to season based on the schedule and seat selection. Football is the most popular sport at the school amongst fans and students. Prices tend to be higher than other sports but remain affordable. The closer you are to the field, the higher your costs will be. Get your football tickets as soon as they become available.

How much are Brown Bears Football tickets?

Bears Football ticket prices start roughly at $40 and can go up to $70 for general admission tickets. Prices can be higher depending on the opponent and part of the season they are in. One of the biggest rivals for the Bears is the Rhode Island University Rams. Rhode Islanders pack the stadium during such matchups. Past games between the two teams cost an average of $49 for general admission seats. Buy your NCAA Football tickets from TicketSmarter.

Ticket prices for the current Brown Bears Football football season are starting at $42.00 and going up to $237.00. The average ticket price per game during the current season is around $68.67. 2022 Brown Bears Football Season Tickets (Includes Tickets To All Regular Season Home Games) tickets are currently available on TicketSmarter. This gridiron battle will take place at Brown Stadium, 400 Elmgrove Ave, Providence, RI on September 16th, 2022 at TBD. TicketSmarter has 0 tickets currently available for this big matchup with starting ticket prices at $0.00 and the most expensive seats priced at $0.00.

The Brown Bears play about 4-6 home games each season. Your options to see the Bears live are limited. You can watch a crowd favorite as the team goes up against regional rivals like the Rams. The team goes full force each year with the aim of winning the IVY league conference title against teams like the Columbia Lions and Cornell Big Red. The nationals are the ultimate goal. Use our event calendar to get access to the full season schedule as soon as it is announced. View all home and away games. Check prices and pick a seat that falls into your budget.

The Brown Bears Football schedule has a total of 11 football games left to be played during the season. One of the highlights of the football season will be the Dartmouth Big Green vs. Brown Bears game at Memorial Field - Hanover, 2 Crosby Street, Hanover, NH. The game is scheduled for November 19th, 2022 at TBD making it one of the final games of the season. Wanting to watch this game in person? Be sure to grab one of the 9 tickets available on TicketSmarter with prices ranging from $237.00 to $237.00.

When do Brown Bears Football tickets go on sale?

Brown Bears tickets go on sale as soon as the season schedule is determined for the NCAA. All games will be available once the schedule is released. As the most popular sport at Brown University, tickets sell fast. Get your NCAA tickets from TicketSmarter.

The Bears play their home games at Brown Stadium, which can hold 20,000 people. TicketSmarter’s filters will allow you to compare prices between different sections at the stadium. After picking a game from our event calendar, pick your seats with the help of our seating chart. Compare prices between different games. Most Bears tickets are general admission tickets. Use our Seatics map to get an idea of how close to the field different sections are. Sections D-H and M-S are closest to the field. Pick a seat to an upcoming Brown Bears game.

As a trusted source for event tickets, we will ensure your safety by using the highest standards in the industry. Our website was created by prioritizing customer security during the buying experience. Customers are important to us and for that reason, we provide a low price guarantee. Shop with peace of mind for your NCAA Division I football tickets.