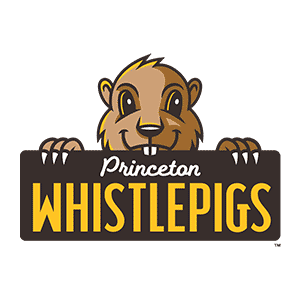 Join screaming baseball fans to cheer on some of your favorites with Princeton WhistlePigs tickets from TicketSmarter. Baseball can be dated back to the mid 18th century when the game was known as bass-ball. As the game officially developed in the states, we’ve seen leagues like the Negro League, American League and Western League pop up. Players like Babe Ruth and Jackie Robinson paved the way for modern-day baseball. Since then, there have been different levels of the sport ranging from the high school/collegiate levels to minor leagues to Major League Baseball (MLB).

The sport has even made its way outside of North America in leagues like the Japanese Major Leagues, Dominican Professional Baseball League and Dutch League. Modern-day baseball has been directed by rivalries like the New York Yankees vs. Boston Red Sox and New York Mets vs. Philadelphia Phillies. We’ve seen international stars arise out of the game like Hideki Matsui and Alex Rodriguez. Watch the baseball action live with your very own Princeton WhistlePigs tickets.

Princeton WhistlePigs ticket prices vary based on seat selection and popularity of the opponent. Seats closer to the field will cost significantly more than standard seats. Prices are subject to increase on the day of the event. Playoff and championship games can also cost more than regular-season games. Don’t wait until the last minute to find your seats to the next Princeton WhistlePigs game.

How much are Princeton WhistlePigs tickets?

Princeton WhistlePigs tickets can start around $10 depending on seat selection and the opponents. Baseball ticket prices can range from one game to the next simply based on demand for the game. For example, tickets for the Yankees vs. Red Sox at Yankee Stadium in New York start around $40. The average price based on game history is around $80. Tickets to Japanese Major Leagues can range between 3000 Yen to 10,000 Yen or $28 to $95. Check out the different ticketing options available and get your Princeton WhistlePigs baseball tickets.

The baseball season generally starts in the summer and ends in the fall. Over the history of the game, we’ve seen some of the most legendary matchups like the Los Angeles Dodgers vs. San Francisco Giants at Dodgers Stadium in Los Angeles and New York Mets vs. Atlanta Braves at Citi Field in New York. Other legendary baseball fields include Fenway Park in Boston, Trust Park in Atlanta and Globe Life Park in Arlington. Use our event calendar to find Princeton WhistlePigs game dates and all other baseball events you're interested in attending.

When do Princeton WhistlePigs tickets go on sale?

Princeton WhistlePigs tickets go on sale as soon as the season schedule is announced. Baseball has evolved into an international sport and is popular with a wide range of audiences. Avoid the lines at the box office and get your baseball tickets.

Over the years, baseball has been seen at some of the most iconic fields in the world like Yankee Stadium in New York City and Fenway Park in Boston. The rivalry between the Yankees and the Red Sox developed at these stadiums and inspired a generation. The venues have a seating capacity of 54,251 and 37,731, respectively.

At Yankee Stadium, go with sections 117A-123 to be behind the home base. Grandstand seating on the 400-level will bring the greatest savings. At Fenway Park, go with sections 38-52 to be closest to the home base. Sections 34-39 are right by the outfield. Other teams and leagues play at their respective venues. Use our seating chart to compare prices for different sections at a venue.

Online Shoppers look for sites they can trust when searching for event tickets. We are devoted to keeping your information private and secure. Our website was designed with user security at the forefront. We aim to provide a secure buying experience each time you shop with us. Order your Princeton WhistlePigs game tickets for a hassle-free checkout.

We give a 100% guarantee that you will receive valid Princeton WhistlePigs tickets just like you would get at the box office. Verified customers rate TicketSmarter 4.6/5.0 stars. Shop for a quick and easy checkout for all your concert, theatre and sporting ticket needs.