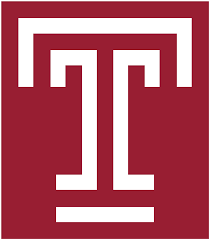 Ticket prices for the current Temple Owls Football season are starting at $9.00 and going up to $562.00. The average ticket price per game during the current season is around $71.80. UCF Knights vs. Temple Owls tickets are currently available on TicketSmarter. This gridiron battle will take place at FBC Mortgage Stadium, 4465 Knights Victory Way, Orlando, FL on October 13th, 2022 at 7:00pm. TicketSmarter has 1771 tickets currently available for this big matchup with starting ticket prices at $10.00 and the most expensive seats priced at $149.00.

The Temple Owls Football schedule has 7 games left during the current season. Tickets for the Temple Owls vs. East Carolina Pirates game on November 26th, 2022 at TBD are on sale at TicketSmarter now. Fans can purchase one of the 828 remaining tickets for the game in the price range of $18.00 to $163.00. This game takes place towards the end of the football season so act now to see the Temple Owls Football play at Lincoln Financial Field, 1 Lincon Financial Field Way, Philadelphia, PA.