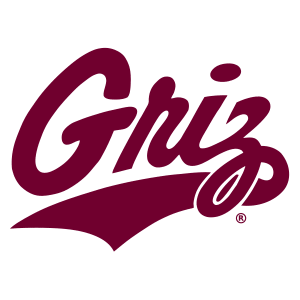 The Grizzlies compete in 13 NCAA sanctioned sports with five men’s teams and eight women’s teams. The Grizzlies football team has been the most successful athletics program on campus with multiple NCAA Division I FCS national championships to their name. The men’s basketball team and Lady Griz women’s basketball team have each reached national levels of success, both winning several Big Sky regular season and tournament championships along with qualifying for the NCAA March Madness tournament on multiple occasions. Other popular sports on campus include track, tennis, volleyball, softball, and women’s soccer. Secure your Montana Grizzlies tickets at TicketSmarter today!

Montana Grizzlies ticket prices will vary from sport to sport. Sports that are more popular on the University of Montana campus will have a higher demand for tickets, which will have an effect on prices. Some of the other factors that will have an impact on Griz ticket prices include the number of games on the schedule, the win-loss record of upcoming opponents, the Grizzlies’ regular-season performance, and seating location at the venue. Rivalry matchups or games against nationally-ranked opponents will usually see an increase in ticket prices.

How much are Montana Grizzlies tickets?

Montana Grizzlies tickets during the current college athletics season have ticket prices starting at $10.00 and reaching prices as high as $835.00, while the average price of a single ticket is around $62.40. North Dakota State Bison vs. Montana Grizzlies tickets for the game on December 10th, 2022 at 7:00pm are on sale now at TicketSmarter. There are 16 tickets currently listed for this upcoming Montana Grizzlies athletics event. Fans browsing through the tickets for the game on TicketSmarter will find that the current ticket prices are ranging from $40.00 to $43.00. Make your plans to be on campus at Scheels Arena, 5225 31st Avenue South, Fargo, ND for this exciting matchup!

The Montana Grizzlies schedule takes place throughout the school year with seasonal competitions for each sport. Fall sports will see the Grizzlies football team playing regular-season games from late August through November. The first four games of the season are usually non-conference games and the team will begin competing against their Big Sky Conference rivals in mid-September. The football team can qualify for the NCAA Division I Football Championship Subdivision Playoffs in December by playing well throughout the regular season. The Lady Griz volleyball team will also take to the court during the fall months, with the Big Sky Volleyball Tournament taking place at the end of November.

The men’s and women’s basketball teams begin their seasons in October. The teams will begin conference play in late December where they will compete against teams like the Southern Utah Thunderbirds and Northern Arizona Lumberjacks. Postseason play for the basketball teams including the Big Sky Conference Tournament and NCAA March Madness will take place in the month of March. Throughout the school year, the Montana Grizzlies schedule will see high-stakes games against many of their heated conference rivals. Games against the likes of the Montana State Bobcats, Eastern Washington Eagles, and Idaho Vandals will see capacity crowds as another chapter in the history books of these historic rivalries is written.

23 events are listed on the Montana Grizzlies athletics schedule. The Idaho Vandals vs. Montana Grizzlies matchup is currently one of the last sporting events on the university's athletics calendar. ICCU Arena at 875 Perimeter Drive, Moscow, ID will be hosting this game. Fans can browse the 46 tickets currently on sale for the event with prices starting at $11.00 and reaching a maximum price of $957.00.

When do Montana Grizzlies tickets go on sale?

The University of Montana campus features four major sports venues for the various athletics programs on campus. The Montana Grizzlies football team has played at Washington-Grizzly Stadium since 1986. The football stadium features a seating capacity of 25,217 with multiple levels of seating and a lower bowl that completely encompasses the field. Dahlberg Arena, also known as The Fieldhouse, first opened in 1953 and is the home of the Grizzlies and Lady Griz basketball teams. The arena features 7,321 seats and has an intimate, two-level seating layout that keeps fans close to the action on the court.

Grizzly Field is a softball-specific ballpark that opened in 2015. The stadium features several modern amenities and a seating capacity of 1,000 for Grizzlies softball games. The women’s soccer team plays at South Campus Stadium. The soccer stadium seats 1,000 spectators with a set of bleachers and provides a scenic mountain backdrop for Lady Griz soccer games. TicketSmarter will have accurate Montana Grizzlies seating charts for every major sporting event held on campus.

TicketSmarter has a safe and secure website that offers an easy and worry-free experience when buying Montana Grizzlies tickets. We use the highest security standards on our website and app to give you peace of mind when buying college sports tickets online. TicketSmarter is the official ticket resale marketplace of the Big Sky and provides a safe alternative for buying Big Sky Conference tickets without having to visit the box office on game day.

All college sporting tickets are 100% guaranteed genuine. Our customers have rated us 4.6/5.0 stars, just another reason to trust ordering through our site with confidence. TicketSmarter is an official ticket resale marketplace for over 20 conferences, 75 universities, the official ticket resale partner for half of the NCAA college bowl games, and more. We always stand behind you throughout your ticket-buying experience for your favorite college game.