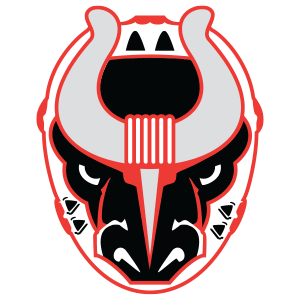 Art Clarkson bought the rights to an East Coast Hockey League (ECHL) franchise for Birmingham in 1992. However, in 1997, he sold the ECHL franchise and it subsequently relocated in 2001. In early 2017, Clarkson began promoting a new Bulls team to begin play as a result of the growing popularity of hockey in the region.

The team was unable to play at the Birmingham–Jefferson Convention Complex as the other previous clubs had because of arena concerns, but instead chose to play at the smaller Pelham Civic Center in Alabama's Pelham, just north of Birmingham. The Southern Professional Hockey League (SPHL) announced its approval of the Bulls as an expansion team on April 26, 2017. Jamey Hicks, a longtime ECHL player with the Fort Wayne Komets, was named as the league's inaugural head coach and director of hockey operations.

Cheer one of the most exciting teams in hockey with Birmingham Bulls tickets. In their inaugural season, they finished second-to-last and failed to qualify for the playoffs. In their second year, the club improved and had the league's second-best regular-season record, powered by SPHL MVP Josh Harris, goaltender of the year Mavric Parks, and coach of the year Jamey Hicks. Birmingham made it to the 2019 championships, but they were beaten by Huntsville Havoc, the defending champion.

How much are Birmingham Bulls tickets?

Cheap Birmingham Bulls tickets behind the net can be in the $15 to $20 range. Seating along the sides of the rink has been known to cost around $25 to $30. Premium Birmingham Bulls seats up against the glass can start at $40. President’s Cup Semi-Finals and Finals tickets are in the range of $50 to $80.

Each of the ten teams in the SPHL will play a total of 56 regular-season games. The regular season begins in October and ends in March. Competition for the President’s Cup begins in April. The top eight teams will qualify for the playoffs. The three highest-seeded teams will select their opponent for the initial best-of-three series Challenge Round. Winners of the Challenge Round then compete for one of two spots in the President’s Cup Finals. The Finals are traditionally a best-of-three series, however, teams can have the option to mutually agree to a best-of-five series. For the most up-to-date scheduling information, consult the Birmingham Bulls schedule, which can be found at the top of this page.

When do Birmingham Bulls tickets go on sale?

Season tickets go on sale in June. Individual hockey game tickets can be purchased a few weeks before the season begins. Playoff tickets will be made available once the tournament field is announced. There is no need to have presale codes to purchase Birmingham Bulls tickets from TicketSmarter.

Find Birmingham Bulls tickets in arenas like the 8,920-seat Crown Coliseum. Home to the Fayetteville Marksmen, Crown Coliseum features upper-level seating available on either side of the rink. There are no upper levels behind the goals. Premium seats can be found in sections 115 through 121 which are right against the glass. Cheap Birmingham Bulls tickets might be available in sections 123-125 or 111-113 that sit behind the goals.

Pelham Civic Center is located at 3162 Pelham Parkway, Pelham, AL and serves as the home of the Birmingham Bulls. Fans can use the Pelham Civic Center seating chart to pick out their hockey tickets from a wide variety of seating sections located in the arena.

TicketSmarter’s worry-free ticket purchasing platform helps you find your Birmingham Bulls tickets quickly and easily. Our dedicated customer service team is willing to assist you throughout the entire process. Rest easy, knowing that your private and personal information is kept secure using the latest internet security protocols available in the industry.

All Birmingham Bulls tickets purchased through TicketSmarter are fully guaranteed. Trust the experience of our verified customers, who rate TicketSmarter 4.6/5.0 stars.