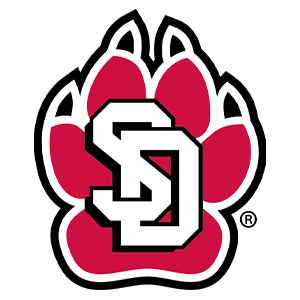 Get ready to stay on the edge of your seats once you get South Dakota basketball tickets. The University of South Dakota’s basketball team’s history dates back nearly 100 years. They entered their first NCAA Division II Tournament in 1957, in which they advanced to the Elite Eight. The following year proved to be even more successful when the Coyotes claimed the National Championship Game, defeating Saint Michael’s. While playing at the DII level, the Coyotes have entered the NCAA Tournament more than a dozen times and have progressed to the regional semifinals on several occasions.

Prior to their NCAA Division II Tournament appearance, South Dakota competed in the NAIA in 1950. Unfortunately, the team fell to East Texas State in the first round. After years of proving themselves as a strong competitor, the Coyotes eventually graduated to Division I and are now a member of the Summit League conference. Since entering the Summit League, South Dakota has entered tournaments like the NIT and CBI. South Dakota basketball tickets are the perfect treat for any college sports enthusiast.

Perhaps two of their strongest seasons were in 2016 and 2017. During 2016, the Coyotes ended up progressing to the first round of the NIT. The following year, they made it to the first round in the CBI. The basketball team also entered the CIT in 2010, falling in the first round to Creighton. Like many college basketball teams, South Dakota has spawned several star NBA players, such as Chuck Iverson of the Seattle SuperSonics. Perhaps one of the school’s major rivals is the South Dakota State Jackrabbits, particularly due to their proximity.

Several variables will affect South Dakota Coyotes Basketball ticket prices. The most important is the level of demand for a given contest. Non-conference games between little-known teams can be fairly inexpensive while tickets to the NCAA Tournament or NIT can be much more expensive. Conference tournaments and other conference contests can be a happy medium for fans who want to watch quality hoops without breaking the bank.

How much are South Dakota Basketball tickets?

The average cost of South Dakota Basketball tickets for the current season is $67.00. Courtside and premium seats will cost much more while spots in the upper levels of an arena are typically more affordable. Typically, courtside seats for a conference game will be over $100 per ticket.

A matchup featuring Wisconsin Badgers Vs. South Dakota Coyotes will be next up on the South Dakota Basketball schedule. The game will take place on November 7th, 2022 at TBD at Kohl Center, 601 West Dayton, Madison, WI. There are 16 Wisconsin Badgers Vs. South Dakota Coyotes tickets available right now, ranging from a starting price of $78.00 to a top end price of $83.00 for premium seats. During the 2022 Coyotes basketball season, tickets will vary from game to game with a lowest ticket price set at $52.00 and the most expensive ticket set at $83.00.

When do South Dakota Basketball tickets go on sale?

Most regular-season college basketball tickets will go on sale in June or July after schedules are released for the upcoming season. Early season tournaments like the Maui Invitational will usually start selling tickets as soon as they announce the field and dates for the next event. Postseason seats will be available as soon as the NCAA and NIT selection committees announce tournament fields. Use TicketSmarter’s up-to-date schedule to snag South Dakota Coyotes Basketball tickets as soon as they are available.

Most men’s and women’s basketball programs share an on-campus arena. Facilities typically have seating for between 7,000 and 11,000 fans. Courtside seats provide an up-close-and-personal view of the game, while more affordable spots are usually found in the upper levels. Look for seats near the half court line for the best view of the game. Use TicketSmarter’s interactive seating chart to snag the best South Dakota Coyotes Basketball tickets available for both home and road contests.

TicketSmarter's seating map tools will have accurate South Dakota Coyotes Basketball seating charts for every home and away game on the schedule.

You can be certain that TicketSmarter prioritizes your safety and security while you buy South Dakota Coyotes Basketball tickets online. Our data security standards are among the best in the industry, and we work hard to keep your information safe. If you have any questions, our customer service team is happy to lend a hand.