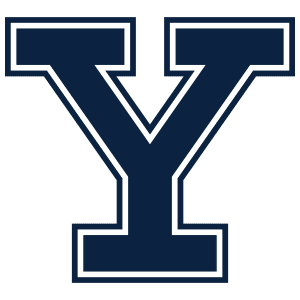 Get your Yale tickets at TicketSmarter to see the Bulldogs take on opponents in the Ivy League and beyond. Yale University sponsors 35 NCAA Division I varsity sports and has won NCAA national championships in men’s golf, swimming, hockey, lacrosse and women’s fencing. Yale University’s athletics program dates back to 1872 when the football team played their first season. A men’s basketball team was added to the university’s varsity programs in 1896. The Yale Bulldogs football team found great levels of success during the early period of the sport with 27 national championships claimed by the team from 1872 to 1927.

The majority of the Yale Bulldogs teams compete in the Ivy League conference while the hockey team competes in the Eastern College Athletic Conference and the sailing team competes in the New England Intercollegiate Sailing Association. Some of the more popular sports on campus include men’s and women’s basketball, hockey, soccer, football and lacrosse. Get your Yale tickets at TicketSmarter for all major Yale Bulldogs athletics events both on campus and at away venues!

Yale ticket prices will vary from sport to sport. Certain sports that are more popular on campus and among alumni will have higher ticket prices than the sports with a smaller fan base. Baseball, basketball and football are amongst the most popular spectator sports at the University of Yale and TicketSmarter will have tickets available for each team’s major sporting events.

How much are Yale tickets?

Yale football tickets will generally start at prices in the $20 to $30 range with general admission and reserved seating options both available. Reserved seating will typically be more expensive at the Yale Bowl. Basketball tickets for both the men’s and women’s teams are very affordable with tickets generally starting around $15. Some of the bigger matchups for the men’s team will have an average price of around $45. Yale hockey tickets will usually start in the price range of $10 to $20 with reserved and general admission options also available.

Yale Bulldogs ticket prices for the current college sports season are starting as low as $16.00 and the more expensive seating options are available at prices ranging up to $625.00. The average price to attend an upcoming Yale Bulldogs athletics event is around $70.03. The Harvard Crimson vs. Yale Bulldogs will take place on February 3rd, 2023 at 5:00pm. This Yale Bulldogs sporting event will take place at Lavietes Pavilion, 65 N. Harvard St., Cambridge, MA. Fans searching on TicketSmarter will find 45 tickets currently available for this exciting NCAA sporting event with prices in the range of $25.00 to $52.00.

The Yale Bulldogs athletics schedule will feature numerous sporting events held throughout the college school year. The Bulldogs will have numerous sports teams competing during the fall, winter and spring NCAA sports seasons. Popular fall sports at Yale include football, soccer and women’s volleyball. During the winter season, men’s and women’s basketball and ice hockey are very popular on campus. The spring sports season will feature the Yale Bulldogs baseball, softball and lacrosse teams.

When do Yale tickets go on sale?

Yale tickets for each individual sport sponsored by the university will have different on sale dates depending on the season that the sport is played. Yale Bulldogs football tickets will usually go on sale in August, with other fall sports going on sale around the same time. Winter sports such as basketball and hockey will have tickets becoming available in late September or early October. Yale Bulldogs tickets for the spring sports season will usually go on sale in late January or early February.

The Yale University campus features several sports venues to accommodate the large variety of the Yale athletics program. The Yale Bulldogs seating chart on TicketSmarter is unique to each individual venue on campus. The football team competes at the Yale Bowl, a 61,446-seat stadium that first opened in 1914. The Yale Bowl seating chart features a seating layout similar to the Rose Bowl Stadium due to being modeled after the stadium in Pasadena.

Payne Whitney Gymnasium is among the most used athletics facilities on campus. The gymnasium opened in 1932 and covers 12 acres of land. The John J. Lee Amphitheater seating chart inside the gymnasium provides seating options for various Yale Bulldogs sports including basketball, gymnastics and volleyball. Ingalls Rink, also known as The Whale, serves as the home to the Yale Bulldogs men’s and women’s hockey teams. The arena seats 3,500 fans and opened in 1958. The arena underwent a $23.5 million renovation project in 2009, making it one of the top facilities in college hockey.

The Yale Bulldogs baseball team competes at Yale Field, a 6,200-capacity ballpark that opened in 1928. The Yale Field seating chart includes a mix of stadium and bleacher seating that covers each baseline and the infield. The Yale soccer and lacrosse teams share Reese Stadium. Reese Stadium opened in 1981 and features a grandstand on the north sideline that can hold 3,000 spectators.

TicketSmarter provides an easy and worry-free experience when buying Yale Bulldogs tickets online. We offer a safe and secure web platform that uses the highest standards in the ticketing industry to protect your personal information during all transactions. You can skip the box office lines and secure legitimate Yale tickets in advance at TicketSmarter.

All TicketSmarter tickets are 100% guaranteed. Verified customers rate TicketSmarter 4.6/5.0 stars, so you can order with confidence knowing that we stand behind you throughout your Yale ticket buying experience.