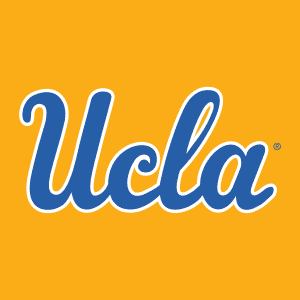 Make sure you don’t miss the big game, grab your UCLA football tickets from TicketSmarter today! The UCLA Bruins football team plays in the NCAA Division I FBS and competes at the Pac-12 Conference. The team has played in 36 bowl games and won a national championship title in 1954. With over 40 consensus All-American selections and a Heisman Trophy winner, the Bruins have a history filled with success. In 2019, the team tied with the Arizona State Sun Devils for third place in the Pac-12 South Division.

The 2019 team also had 3 players drafted into the NFL in the 2020 draft. Some of the team’s biggest rivals include the USC Trojans, California Golden Bears, and Washington State Cougars. The rivalry between UCLA and USC dates back to 1929 and both teams play each year for the Victory Bell trophy. The Bruins have also faced the Golden Bears 88 times since 1933, with UCLA leading in wins. The team won division championships two years in a row and played in the Pac-12 Championship Game in 2011 and 2012. It’s quick and easy to secure your UCLA football tickets with TicketSmarter.

UCLA football ticket prices can depend on a variety of factors. Sold-out games, the scheduled opposing team, and the stadium seating options can all affect ticket prices.

How much are UCLA Football tickets?

UCLA football tickets for home games at Rose Bowl Stadium in Pasadena can start around $39-$50 for general admission tickets that offer seating in two sections behind each end zone. Seats in the lower section 28 up-close to the field can range from $200-$233 per ticket, depending on demand.

You can also catch them on the road playing against a rival team the USC Trojans at Los Angeles Memorial Coliseum. Seats in lower 103A-110B can start around $180 per ticket while the upper 300s can start at about $65. You can easily find all available tickets by checking the detailed event schedule.

Ticket prices for the current UCLA Bruins Football football season are starting at $8.00 and going up to $26964.00. The average ticket price per game during the current season is around $165.80. Sun Bowl: UCLA Bruins vs. Pittsburgh Panthers tickets are currently available on TicketSmarter. This gridiron battle will take place at Sun Bowl Stadium, 2701 Sun Bowl Drive, El Paso, TX on December 30th, 2022 at 12:00pm. TicketSmarter has 2430 tickets currently available for this big matchup with starting ticket prices at $23.00 and the most expensive seats priced at $437.00.

The UCLA football team season usually begins in late August and continues until late November or early December, with a total of 12 games on average. Common opposing teams include the Oregon State Beavers, Utah Utes, and San Diego State Aztecs. During the 2019 season, the average attendance to a Bruins home game at Rose Bowl Stadium was 43,848 fans per game.

The UCLA Bruins Football schedule has a total of 1 football games left to be played during the season. One of the highlights of the football season will be the Sun Bowl: UCLA Bruins vs. Pittsburgh Panthers game at Sun Bowl Stadium, 2701 Sun Bowl Drive, El Paso, TX. The game is scheduled for December 30th, 2022 at 12:00pm making it one of the final games of the season. Wanting to watch this game in person? Be sure to grab one of the 2430 tickets available on TicketSmarter with prices ranging from $23.00 to $437.00.

When do UCLA Football tickets go on sale?

UCLA football tickets typically go on sale when the season game schedule is announced. As soon as the tickets go on sale, they will be available to purchase with TicketSmarter. There’s no need to search for presale codes, they are never needed for college football tickets.

You can catch the UCLA Bruins football team playing home games at Rose Bowl Stadium, which can seat 90,000 fans. The Rose Bowl Stadium is the 16th largest stadium in the world and the 10th largest NCAA stadium. The Bruins have played at the stadium since 1982 and the venue has also hosted five Super Bowl games. Some of the best seats in the stadium for football games are 3-6 and 17-20. Seats in the upper 9-12 and 24-26 offer a great view of the entire field and game.

You can use TicketSmarter’s interactive seating chart to gain a visual of the venue’s layout to find your ideal seating section. There is also a variety of filters available to help narrow results and locate tickets based on your preferences.

It’s easy to secure UCLA football tickets with TicketSmarter’s safe and secure platform. Each ticket is guaranteed to be valid just as if you purchased it at the box office. Our site is designed to provide you with a hassle-free ticket buying experience and works to protect and secure your personal information.

TicketSmarter backs each ticket purchased with a 100% guarantee. You can shop with confidence knowing our verified customers rate us 4.6/5.0 stars and that we will stand behind your UCLA Bruins football ticket purchase.