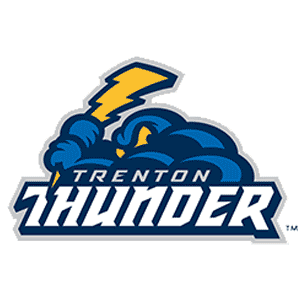 The Trenton Thunder took on a new challenge beginning in 2021 as they joined the MLB Draft League. As part of the MLB Draft League, the Thunder is now a collegiate summer baseball team that will showcase the top baseball players that are eligible for the MLB draft. Grab your Trenton Thunder tickets at TicketSmarter to hear the crack of the bat at Arm & Hammer Park this summer!

Trenton Thunder ticket prices vary based on the seat selection and their upcoming opponents. The number of games left in the season will also affect the ticket prices on game day. Prices are subject to increase on the day of the game. Use TicketSmarter to check the seating availability and pick out your seats for the next Trenton Thunder game.

How much are Trenton Thunder tickets?

Trenton Thunder tickets will generally start in the $15 to $25 range. Fans are able to buy tickets in advance through TicketSmarter’s virtual ticket office or on game day. Game day tickets may be limited and are subject to price changes.

Use our filtering options to compare prices and get your Trenton Thunder baseball tickets.

The Trenton Thunder schedule takes place during the MLB Draft League season with games beginning in May and lasting through August. The Thunder will usually play 68 games with 34 of them taking place at home in Trenton, New Jersey and the other 34 on the road. The MLB Draft League will have a four-day break in the action during mid-July. Some of the other teams that the Trenton Thunder will compete against during the summer include the Williamsport Crosscutters, State College Spikes and Frederick Keys.

When do Trenton Thunder tickets go on sale?

Trenton Thunder tickets go on sale as soon as the MLB Draft League season schedule is announced. Many of the players in the league will move on to play for teams in the major leagues and fans love to be a part of a player’s journey to the majors. Avoid the lines at the box office and get your MLB Draft League tickets at TicketSmarter.

The Trenton Thunder play their home games at Arm & Hammer Park, 1 Thunder Rd, Trenton, NJ 08611. The ballpark was originally known as Mercer County Waterfront Park and opened in 1994 as the home of the Thunder. The Trenton Thunder seating chart at the baseball stadium has a total capacity of 6,150. Baseball fans browsing the Arm & Hammer Park seating chart on TicketSmarter will find three levels of seating available.

The 100 level at Arm & Hammer Park will place fans close to the action with seating behind home plate in sections 110 to 113 and along the first and third baselines. The 200 level has corresponding sections that are located higher up than the 100 level. Fans wanting the ultimate VIP experience can look for seats in the suite level. The ballpark also includes the NJM Picnic Area located down the third base foul line.

TicketSmarter offers a simple and worry-free experience when buying Trenton Thunder tickets. We offer baseball fans a safe and secure web platform for all online ticket transactions. Your personal information is of the utmost importance to us, which is why we built our website using the highest security standards in the ticketing industry. Customers can skip the lines at the box office and buy their baseball tickets in advance at TicketSmarter.