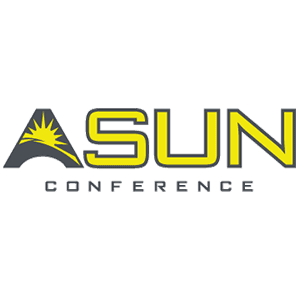 Watch your favorite green and white team compete in an intense match on the courts once you purchase Stetson Basketball tickets. The men’s basketball team is one of the competing members in the Atlantic Sun Conference at the Division I level. However, the Hatters started playing in the NAIA over 70 years ago. They entered their first NAIA Tournament in 1953, where they advanced to the second round, falling to Southwest Missouri State in a close match. Just a few years later, they earned their second NAIA Tournament with similar results.

The Hatters competed in the NAIA for about a decade before moving to DII. 1967 marked their first NCAA Division II Tournament, where they managed to progress to the Regional 3rd Place game. Unfortunately, Stetson fell to Tennessee State by a wide margin. Not more than three years later, the Hatters made it to the Elite Eight in the NCAA Division II Tournament. That year was probably one of their strongest. Hatters fans and sports enthusiasts won’t want to pass up the chance at getting Stetson Basketball tickets while they’re still on sale.

Aside from the NCAA Division II Tournament, the Hatters have appeared in several other post-seasonal tourneys. They competed in the 2021 CBI, only to lose to Coastal Carolina in the semifinal round. Several basketball players from Stetson have gone on to the professional leagues. Among others, Corey Walden made it to the Israeli Basketball Premier League and was named MVP in 2019. One of Stetson’s more recent rivals is Jacksonville. Though the two schools have been meeting since 1958, they later renewed their outstanding rivalry in 2018.

Several variables will affect Stetson Hatters Basketball ticket prices. The most important is the level of demand for a given contest. Non-conference games between little-known teams can be fairly inexpensive while tickets to the NCAA Tournament or NIT can be much more expensive. Conference tournaments and other conference contests can be a happy medium for fans who want to watch quality hoops without breaking the bank.

How much are Stetson Basketball tickets?

The average cost of Stetson Basketball tickets for the current season is $53.57. Courtside and premium seats will cost much more while spots in the upper levels of an arena are typically more affordable. Typically, courtside seats for a conference game will be over $100 per ticket.

A matchup featuring Campbell Fighting Camels vs. Stetson Hatters will be next up on the Stetson Basketball schedule. The game will take place on November 27th, 2022 at 1:00pm at John W. Pope Convocation Center, 1 Law Lane, Lillington, NC. There are 29 Campbell Fighting Camels vs. Stetson Hatters tickets available right now, ranging from a starting price of $7.00 to a top end price of $27.00 for premium seats. During the 2022 Hatters basketball season, tickets will vary from game to game with a lowest ticket price set at $19.00 and the most expensive ticket set at $107.00.

When do Stetson Basketball tickets go on sale?

Most regular-season college basketball tickets will go on sale in June or July after schedules are released for the upcoming season. Early season tournaments like the Maui Invitational will usually start selling tickets as soon as they announce the field and dates for the next event. Postseason seats will be available as soon as the NCAA and NIT selection committees announce tournament fields. Use TicketSmarter’s up-to-date schedule to snag Stetson Hatters Basketball tickets as soon as they are available.

Most men’s and women’s basketball programs share an on-campus arena. Facilities typically have seating for between 7,000 and 11,000 fans. Courtside seats provide an up-close-and-personal view of the game, while more affordable spots are usually found in the upper levels. Look for seats near the half court line for the best view of the game. Use TicketSmarter’s interactive seating chart to snag the best Stetson Hatters Basketball tickets available for both home and road contests.

TicketSmarter's seating map tools will have accurate Stetson Hatters Basketball seating charts for every home and away game on the schedule.

You can be certain that TicketSmarter prioritizes your safety and security while you buy Stetson Hatters Basketball tickets online. Our data security standards are among the best in the industry, and we work hard to keep your information safe. If you have any questions, our customer service team is happy to lend a hand.