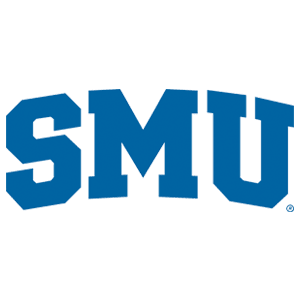 Get your SMU football tickets to see great college football in the state of Texas. Southern Methodist University first fielded a football team in 1915 and plays at the NCAA Division I FBS level. The team has earned multiple national championships with one in 1935 and two in the early 1980s during the Pony Express years. In addition to the national titles, they also won 11 conference championships while playing in the Southwest Conference. In addition to the SWC, the university has played in multiple conferences including the Western Athletic Conference, Conference USA and currently the American Athletic Conference.

SMU has several football rivals including TCU, Rice, Navy and North Texas. The SMU and the navy play an in-conference matchup for the Gansz Trophy, which is named after former navy linebacker and SMU coach Frank Gansz. The game against North Texas is known as the Safeway Bowl and has been dominated for years by the SMU Mustangs. SMU football tickets are perfect for any sports lover.

SMU football tickets have many variables that can affect the pricing of upcoming games. The win-loss record of the SMU team, opponent strength, rivalry matchups, seating locations and how many games are left in the season are all factors that can determine the ticket prices.

How much are Southern Methodist (SMU) Mustangs Football tickets?

SMU offers some of the most affordable NCAA Division I football tickets in the nation. Tickets for home games can be found at a starting price of around $18. Tickets in the lower bowl on the 50-yard line start as low as $45, with row one tickets often being listed at around $80. Rivalry matchups and bowl games will usually be more expensive to attend due to a higher demand for SMU Mustangs football tickets.

Fans looking for Southern Methodist (SMU) Mustangs Football tickets online can find them on TicketSmarter for every game of the season. Ticket prices for the current season are starting at $5.00 and going for prices as high as $393.00. The average ticket price per game this football season is $88.10. There are 508 New Mexico Bowl: BYU Cougars vs. SMU Mustangs tickets available on TicketSmarter for the upcoming game on December 17th, 2022 at 12:15pm. Fans can score tickets for the game at prices between $29.00 and $127.00. Grab your tickets today and cheer on your favorite team at University Stadium, 1111 University Boulevard, Albuquerque, NM.

The SMU Mustangs compete at the NCAA Division I Football Subdivision level in the American Athletic Conference. The season typically begins in late August or early September with out-of-conference games. These early games are usually against other Texas universities, with the possibility of an FCS school being played early on. The regular season consists of 12 games, with eight of those being AAC in-conference games.

SMU may play in one of the many NCAA college bowl games if they win six regular-season games to become bowl eligible. Recent bowl appearances for the Mustangs have included the Boca Raton Bowl, Frisco Bowl and Hawai’i Bowl.

The Southern Methodist (SMU) Mustangs Football schedule has 1 games left on the current football season. Tickets for the New Mexico Bowl: BYU Cougars vs. SMU Mustangs game on December 17th, 2022 at 12:15pm are on sale at TicketSmarter now. Fans can purchase one of the 508 remaining tickets for the game in the price range of $29.00 to $127.00. This game takes place towards the end of the football season so act now to see the Southern Methodist (SMU) Mustangs Football play at University Stadium, 1111 University Boulevard, Albuquerque, NM.

The SMU Mustangs play their home games at Gerald J. Ford Stadium, which is located on the Southern Methodist University campus. The stadium opened in the year 2000 and holds a seating capacity of 32,000 SMU fans. It forms a horseshoe shape but can be expanded with extra seating in the open endzone to make the total capacity 45,000 for bigger games. The stadium features lower 100-level seating and upper 200-level seating. Each stadium section features 16 to 24 rows of seating.

Need help picking out the best seats for your next SMU Mustangs football game? TicketSmarter is the official ticket resale partner of the SMU Mustangs and provides excellent resources that act as your own virtual ticket office for upcoming home and away games. The interactive seating map will accurately display the seating layout for each game, with highlighted sections showing where tickets are currently available inside the stadium. You can sort your options further with the filter tool that breaks down the available tickets by section, row and price.

TicketSmarter offers an easy and worry-free experience with SMU Mustangs football tickets. As the official SMU Athletics ticket resale marketplace, we provide a safe and secure web platform that protects your personal information during all online ticket transactions. You can skip the busy box office lines on game day and get legitimate college football tickets in advance at TicketSmarter. As the official ticket resale marketplace of SMU Athletics, TicketSmarter offers great SMU Mustangs football tickets to all home, away and bowl games on their schedule.

All TicketSmarter tickets are 100% guaranteed. Verified customers rate TicketSmarter 4.6/5.0 stars. You can order with confidence knowing that we stand behind you throughout your SMU football ticket-buying experience.