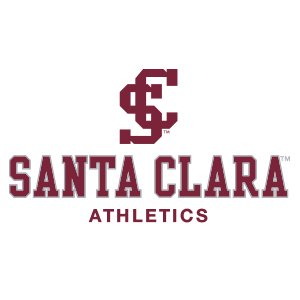 Join fans to cheer along the athletics teams of Santa Clara University (SCU) with your Santa Clara Broncos tickets from TicketSmarter. SCU is located in the Santa Clara area of California. The Broncos are members of the West Coast Conference in the National Collegiate Athletic Association (NCAA). There are 20 Division I teams at the school, which includes 9 men’s and 11 women’s teams. The major sports at the school are basketball, baseball and soccer.

Since their start in 1883, the baseball team has won 11 conference pennants and made it to the College World Series in 1962. Players that have moved on to play professionally in Major League Baseball (MLB) include Lou Berberet, Victor Cole and Pete Magrini. The basketball team has appeared in the NCAA tournament 11 times with notable players like Steve Nash and Nick Vanos. The soccer team is one of the top teams in the country with a record of producing professional talent and has gone on to appear in the College Cup 3 times. Watch the SCU athletic teams in action with your very own Santa Clara Broncos tickets.

Broncos ticket prices are dependent on seat selection and the sport. The popularity of the opponent may also play a role in the price. Those seated closer to the action should expect to pay more than those at the back of the venue. Don’t wait until the last minute to get your Santa Clara University Broncos tickets.

How much are Santa Clara Broncos tickets?

Broncos tickets start around $10 depending on the seats you select, sport and opponents. The average Santa Clara Broncos basketball ticket price for the 2018 and 2019 seasons was around $30 and $28, respectively. Single-game soccer tickets for the 2018 season started around $9. Use our advanced filtering options to compare prices and pick your seats to the next SC Broncos game.

SCU has several venues to host the school's 20 varsity teams. Basketball is played at the Leavey Center. The other primary venues include the Stephen Schott Stadium (baseball) and Buck Shaw Stadium (soccer). Use our event calendar to find Santa Clara Broncos game dates.

When do Santa Clara Broncos tickets go on sale?

Broncos tickets go on sale as soon as the University and the NCAA release the season schedule. The Broncos are a local favorite and fans cheer on from the stands each time they play at home. Avoid the lines at the box office and get your SCU Broncos tickets.

Customer security is very important. As a trusted source, we are dedicated to providing a worry-free buying experience each time you shop with us. Your personal information will be kept private and secure. Simply purchase your SC Broncos tickets and download them right onto your mobile device. Your downloadable tickets will be ready to show at the door.

We give a 100% guarantee that you will receive valid Santa Clara Broncos tickets just like you would get at the box office. Verified customers rate TicketSmarter 4.6/5.0 stars. Order for a quick and easy checkout.