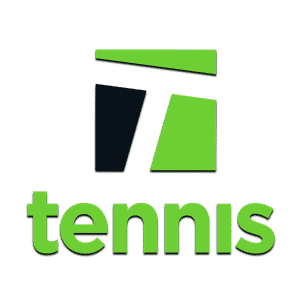 Even the most casual tennis fan should be elated to grab Novak Djokovic tickets just to get a chance to see one of the greatest players of all time in action. Born in Serbia, Novak Djokovic has risen to become one of the most decorated tennis players in the world throughout his career. Holding the number one rank in the Association of Tennis Professionals (ATP) for over 325 weeks, Djokovic's talent on the court is unparalleled. Despite trailing behind the likes of names like Roger Federer and Rafael Nadal for the earlier part of his career, as time went on Novak has proven to be the top of the trio. Novak first impeded on the Federer-Nadal rivalry in 2008 when he won the Australian Open, ending his rivals’ duel of the past 11 consecutive majors.

Nobody expected Djokovic to become one of the greatest of all time when he began his career in 2003, but Novak Djokovic tickets are now a precious commodity. After his victory at the Australian Open in 2011, he achieved the number one ranking for the first time by winning three out of four majors along with establishing a record five Masters wins on the season. As the multi-time winner of the Laureus World Sportsman of the Year Award, Novak Djokovic is an internationally renowned superstar. Rising from humble beginnings where his favorite toy was a mini racket and a soft foam ball, Novak Djokovic may go down as the best tennis player of all time.

Novak Djokovic ticket prices vary based on the tournament, venue and seats you select. The players in the tournament may affect the price. Seats closer to the tennis court may cost significantly more than those at the back of the venue. Prices may increase on the day of the event. Tickets may not last, so hurry and get your Novak Djokovic tennis tickets.

How much are Novak Djokovic tickets?

When do Novak Djokovic tickets go on sale?

Novak Djokovic tickets go on sale as soon as the next ATP tournament or event is announced. Pro tennis is popular in countries all over the world. Avoid the lines at the box office and get your Novak Djokovic tournament tickets.

Customer security is very important. We prioritized user security when designing our site. We aim to provide customers with a secure buying experience each time they shop with us. Simply purchase your Novak Djokovic tennis tickets and download them right onto your mobile device. Shop with peace of mind as you search for the next pro tennis tournament.

We give a 100% guarantee that you will receive valid Novak Djokovic tickets when you buy from us. Verified customers rate TicketSmarter 4.6/5.0 stars. Order your tennis tickets for a quick and hassle-free checkout.