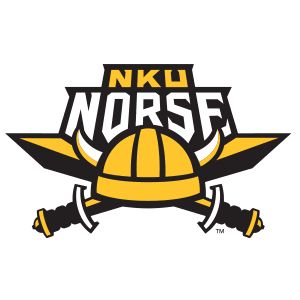 Cheer on the Norse with your NKU basketball tickets from TicketSmarter. In the early years of the Norse’s history, the school was known as Northern Kentucky State College. Since the program’s inception in 1971 and until 2011, NKU played at the NCAA Division II level. The Norse took home multiple Great Lakes Valley Conference titles during this time. Prior to their entry into the Division I ranks, Northern Kentucky State consistently appeared in the NCAA Men’s Division II Basketball Championship. They made back-to-back trips to the championship game in 1996 and 1997.

NKU basketball began transitioning to the Division I level by competing as a member of the Atlantic Sun Conference. The Norse took on many Blue Blood opponents in their first few seasons, including the North Carolina Tar Heels and the Kentucky Wildcats.  They were not eligible to compete in the NCAA Division I postseason until the 2016-17 season. NKU became the seventh school in NCAA history to qualify for the NCAA Men’s Basketball Tournament in their first year of eligibility when they won the 2017 Horizon League conference championship.

Since joining the Horizon League, fans have been able to purchase NKU basketball tickets for matchups against the Wright State Raiders. After a dismal 9-21 season in the school’s first year as members, the Norse returned the following season to take home the conference title. Multiple 20-win seasons followed the success of the 2016-17 season, including back-to-back regular-season titles and a trip back to the NCAA Tournament.

Ticket prices will remain relatively steady throughout the regular season. Success from past seasons will generally influence NKU basketball ticket prices. Matchups against rivals or high-profile teams can lead to higher prices.

How much are NKU Basketball tickets?

Fans can usually get into Norse basketball games for around $15 to $20. Lower level NKU basketball tickets can be in the $40 to $60 range. Premium seats toward the middle of the court begin around $80.

Exhibition games against local college teams such as the Transylvania Pioneers begin in late October. The regular season will begin in early November. SEC opponents like the Missouri Tigers frequently are featured in these early games. Events such as the Collegiate Hoops Roadshow or other early-season competitions have been known to appear on the NKU basketball schedule. The regular season ends in early March. Postseason tournaments, like the Horizon League Championship, begin around one week after the regular season. Depending on the success of the Norse, they may be invited to compete in the NCAA Men’s Basketball tournament. Other postseason tournaments may include the NIT or the CIT.

The Northern Kentucky Norse Basketball schedule has 23 basketball games left to be played during the current season. Fans have the Oakland University Golden Grizzlies vs. Northern Kentucky Norse game at Oakland University Athletics Center O'rena, 569 Pioneer Drive, Rochester Hills, MI marked on their calendars. The basketball game will take place on February 25th, 2023 at 3:00pm and there are 81 ticket listings currently available on TicketSmarter with prices ranging from $34.00 to $55.00.

When do NKU Basketball tickets go on sale?

Catch NKU basketball home games at BB&T Arena in Highland Heights, Kentucky. Formerly known as The Bank of Kentucky Center, this 9,400-seat basketball arena features a hexagonal design. Upper-level seating is available on only three sides of the court. The student section sits behind one of the goals. Affordable seats that are close to the court can be found behind the other goal in sections 106 through 108. Fans looking for premium seats should look in sections 102 or 111 that sit at halfcourt.

Look for NKU basketball tickets for rivalry games against Wright State University. Away games against the Raiders will be held in the 10,400-seat Nutter Center. The arena features two U-shaped levels. No seats are available behind one of the basketball goals. Lower level seats in sections 205 and 220 sit in front of the half-court line. Sections 209 and 210 provide excellent views from the corner at an affordable price. Find your seats to the next Northern Kentucky basketball game with TicketSmarter’s interactive seating chart.

NKU basketball fans can trust TicketSmarter’s worry-free ticket buying experience. Find affordable NKU basketball tickets that are fully guaranteed. Our website includes the latest internet security protocols available. This safeguards your private and personal information while you shop. Our top-notch customer service team is happy to assist you at any moment throughout the NKU basketball ticket purchasing process.

Enjoy fully guaranteed NKU basketball tickets from TicketSmarter. Your tickets are valid and will arrive on time. Trust the experience of our verified customers, who rate TicketSmarter 4.6/5.0 stars.