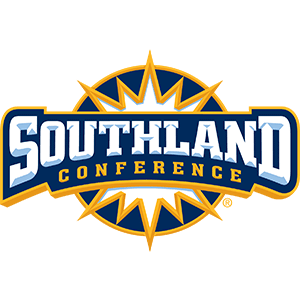 Enjoy another season of exciting Cardinals NCAA basketball and buy your Lamar Basketball tickets today. Sporting their classic red and white jerseys, the Cardinals can be found playing their home contests at the Montagne Center located in Beaumont, Texas. Representing Lamar University, the Cardinals currently play at the highest level of college basketball in NCAA Division I.

As members of the Western Athletic Conference, fans can expect the Cardinals to regularly face off against other accomplished basketball programs like New Mexico State and Sam Houston State.

Established in 1923, the early years of Lamar basketball were some of the most exciting. Jack Martin would be their first head basketball coach as an official four-year college, eventually becoming the longest-serving head coach in Lamar's history. His legacy would be most known for leading the Cardinals to their first number 1 national ranking in the Associated Press college division poll, along with his 334–283 overall winning record.

Following the 1975–76 season, Martin was replaced by another legendary Cardinals coach, a former player and assistant coach, Billy Tubbs. Tubbs would proceed to lead the Cardinals to their first NCAA Division I basketball tournament in 1979, while also setting a record for most points in a single game with their 141-84 victory over Portland State University.

Since then, Lamar Basketball tickets would become one of the most sought-after among the Lamar University athletic programs. The Cardinals have competed in NCAA Tournament play on several occasions, both in NCAA College Division II and at the NCAA Division I level, as well as winning multiple conference championships. This is a team that is always ready to compete so do not miss out on a thrilling Cardinals basketball contest and get your tickets today.

Several variables will affect Lamar Cardinals Basketball ticket prices. The most important is the level of demand for a given contest. Non-conference games between little-known teams can be fairly inexpensive while tickets to the NCAA Tournament or NIT can be much more expensive. Conference tournaments and other conference contests can be a happy medium for fans who want to watch quality hoops without breaking the bank.

How much are Lamar Basketball tickets?

The average cost of Lamar Basketball tickets for the current season is $52.82. Courtside and premium seats will cost much more while spots in the upper levels of an arena are typically more affordable. Typically, courtside seats for a conference game will be over $100 per ticket.

A matchup featuring McNeese State Cowboys vs. Lamar Cardinals will be next up on the Lamar Basketball schedule. The game will take place on February 2nd, 2023 at 7:30pm at The Legacy Center At McNeese State University, 700 E McNeese St, Lake Charles, LA. There are 20 McNeese State Cowboys vs. Lamar Cardinals tickets available right now, ranging from a starting price of $7.00 to a top end price of $7.00 for premium seats. During the 2023 Cardinals basketball season, tickets will vary from game to game with a lowest ticket price set at $52.00 and the most expensive ticket set at $61.00.

When do Lamar Basketball tickets go on sale?

Most regular-season college basketball tickets will go on sale in June or July after schedules are released for the upcoming season. Early season tournaments like the Maui Invitational will usually start selling tickets as soon as they announce the field and dates for the next event. Postseason seats will be available as soon as the NCAA and NIT selection committees announce tournament fields. Use TicketSmarter’s up-to-date schedule to snag Lamar Cardinals Basketball tickets as soon as they are available.

Most men’s and women’s basketball programs share an on-campus arena. Facilities typically have seating for between 7,000 and 11,000 fans. Courtside seats provide an up-close-and-personal view of the game, while more affordable spots are usually found in the upper levels. Look for seats near the half court line for the best view of the game. Use TicketSmarter’s interactive seating chart to snag the best Lamar Cardinals Basketball tickets available for both home and road contests.

TicketSmarter's seating map tools will have accurate Lamar Cardinals Basketball seating charts for every home and away game on the schedule.

You can be certain that TicketSmarter prioritizes your safety and security while you buy Lamar Cardinals Basketball tickets online. Our data security standards are among the best in the industry, and we work hard to keep your information safe. If you have any questions, our customer service team is happy to lend a hand.