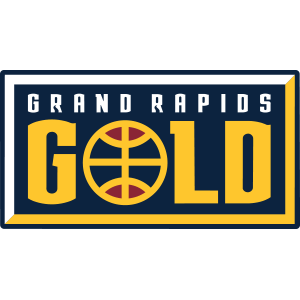 Be there for the excitement with Grand Rapids Gold tickets. The men’s professional team the Grand Rapids Gold plays minor league basketball in the developmental NBA G League and is affiliated with the Denver Nuggets of the NBA. The Gold plays their home games at DeltaPlex Arena in Walker, Mich., which can accommodate 5,000 fans.

The team was called Anaheim Arsenal in 2006 and was part of the NBA Development League and affiliated with the Atlanta Hawks, Los Angeles Clippers, Orlando Magic and Portland Trailblazers. The team moved to Springfield, Mass., in 2009 and assumed the name the Springfield Armor. The Armor made the franchise’s first playoff appearance in 2012.

Catch every pass and every play with Grand Rapids Gold tickets. In 2014, the team moved again to Grand Rapids, Mich., and was renamed the Grand Rapids Drive and were affiliated with the Detroit Pistons. The name the Drive was the result of a name-the-team contest.  The Drive would make it to the playoffs for the first time in 2018.

On April 27, 2021, a new affiliation was announced by the Drive with the NBA Denver Nuggets. Along with renaming the team the Grand Rapids Gold, a new logo was introduced along with the new team colors midnight blue, sunshine yellow, flatirons red and white.

Grand Rapids Gold ticket prices vary based on the venue, seat selection and opponents. Fans seated closer to the court should expect to pay more than those at the back of the venue. Playoff and championship games may cost significantly more than standard games. Check out the seating options available and pick your seats to the next Grand Rapids Gold game.

How much are Grand Rapids Gold tickets?

Grand Rapids Gold ticket prices can start around $15 depending on the game, seats you select and home venue. For example, the average ticket price for the NBA’s Philadelphia 76ers at the Wells Fargo Center in 2019 was around $70. For the 2019 FIBA Basketball World Cup in China, group phase team pass tickets ranged from $228 to $965. The average price for the WNBA’s New York Liberty tickets was around $40. Use our filters to compare prices and get your basketball tickets.

Basketball is popular on an international level and has been hosted at venues all over the world. Iconic basketball venues for NBA basketball include Madison Square Garden in New York City (NY Knicks), Little Caesars Arena in Detroit (Detroit Pistons) and TD Garden in Boston (Boston Celtics). The 2019 FIBA World Cup was hosted at venues like Wukesong Arena in Beijing and Shanghai Oriental Sports Center in Shanghai. Playoff games for the 2019 NCAA Basketball tournament were hosted at venues like the Capital One Arena in Washington D.C. and the Honda Center in Anaheim, CA. Our event calendar will help you find Grand Rapids Gold game dates.

When do Grand Rapids Gold tickets go on sale?

Grand Rapids Gold tickets go on sale as soon as the season schedule is announced. Basketball is one of the top sports in the world and games are highly demanded by fans. Don’t wait until the last minute to find your seats to the next basketball game.

Customer security is very important. We are devoted to keeping your personal data private. We aim to provide you with a secure buying experience each time you shop with us. Simply purchase your basketball tickets and download them right onto your mobile device. Shop with peace of mind as you search for the next Grand Rapids Gold game.

TicketSmarter gives a 100% guarantee on all our sporting event tickets. You will receive valid Grand Rapids Gold tickets just like you would get at the box office. Verified customers rate us 4.6/5.0 stars. Order for a quick and seamless checkout.