Taking your kids to see a show is a fun way to spend time together and make memories. One show that might appeal to children is Monster Jam, which takes place at venues across the United States. If you’re thinking about attending but unsure of what to expect, we’ve put together this handy parents’ guide to Monster Jam. You can use the information to decide whether you think it would be a good experience for you and your family.

What Is Monster Jam?

Monster Jam is a live sporting event that features seven monster trucks that can fly through the air, spin, and crush cars. The driver of each truck engages in these actions to excite the crowd and earn points in the competition. Judges watch the show and score each truck in several areas. The first is the most impressive jump over a line that includes three cars. The second is another jump, although this area combines racing with jumping as the first truck to cross the finish line after the jump earns the highest score.

The third judging category is known as freestyle and it gives each driver one minute to perform any stunts they want to attempt. Each truck is roughly 12 feet tall and 12 feet wide. The trucks can travel up to 100 miles per hour and fly up to 35 feet at a time. Some Monster Jam shows also include stunts and races performed by drivers of four-wheelers and dirt bikes.

Where Does Monster Jam Take Place?

As mentioned, Monster Jam takes place in both indoor and outdoor venues located throughout the nation. TicketSmarter offers tickets to the events in various locations. Some of the upcoming events will take place in Las Vegas, Nevada; Sacramento, California; Sunrise and Pensacola, Florida; and Los Angeles, California. As you go into the later dates, you can find tickets to shows taking place in other states and even in parts of Canada.

If your event takes place at an outdoor arena, you can expect it to go on, even if it’s raining. However, if safety concerns prevent the show from taking place, ticket holders will receive updates regarding cancellation and refunds or postponement after the organizers make a decision.

It’s helpful to consider what to expect at Monster Jam and plan accordingly, as some kids get scared or overwhelmed during the show. Watching Monster Jam is generally an enjoyable experience for most children. However, it’s a very loud show that involves revving engines and banging sounds throughout. If your kids are sensitive to noise, you may want to wait until they’re a little older to bring them. All kids should wear noise-muffling or noise-canceling headphones to drown out the noise and protect their ears.

Some people confuse Monster Jam with a demolition derby, which is an event that focuses on the destruction of vehicles. Demolition derbies often include cars smashing into one another and the sides of the arena. But Monster Jam focuses more on the tricks that the drivers of these massive trucks can manage. Trucks may roll over cars during the freestyle portion of the show, but in general, you’ll see more jumps and tricks than smashing.

Ventilation and Planning Ahead

When the event is held at an indoor venue, the organizers will take steps to improve ventilation and reduce fumes. This typically involves opening multiple exterior doors to allow for sufficient airflow. If you’re seated near an open door on a colder day, your kids might get chilly. Bring a jacket for each child in attendance, just in case. The smell of the gasoline fumes might also bother those with sensitive noses, so if it gets to be too much, try taking a walk to get some fresh air.

Since Monster Jam events draw large crowds of people at nearly all venues, the lines for concessions can get long. If the venue you’re planning to visit allows, consider bringing snacks and drinks for your kids. When dressing for the show, it’s best to wear comfortable shoes as you may have to walk a long distance to your seat. Monster Jam organizers don’t allow costumes or individuals dressed in inappropriate clothing. Choose apparel that’s comfortable and appropriate for a family atmosphere.

What Not to Bring

Monster Jam doesn’t allow spectators to bring high-end cameras into the events, so leave yours at home. You can bring a cell phone and snap pictures with that. If you have a basic point-and-shoot camera, you may be able to bring that with you. It’s worth bringing if your children are fans of the sport, as you may be able to meet the drivers after the event and they’ll likely want to you take a picture of them with their favorite driver.

Depending on the ages of your children, you may need to bring a bag into the arena to hold diapers, wipes, bottles, and other essentials. Before you arrive, make sure to check the bag policy of the venue where you’ll be attending the show. Some venues have strict rules around the sizes of bags that attendees can bring in, while others make exceptions for medical and diaper bags. By checking in advance, you can avoid having to miss part of the show while returning your oversized bag to the car.

Monster Jam requires all attendees ages 2 and older to have a ticket to the event. If you’re bringing any kids under the age of 2, they can attend for free as long as they sit on the lap of a parent or guardian. If you want your younger child to have their own seat, you’ll need to purchase them a ticket.

Now that you know more about what to expect at Monster Jam, you can decide whether it’s something you want to do with your kids. Fans of the sport often attend multiple shows when Monster Jam comes to town. Use TicketSmarter to score a great deal on tickets to the upcoming show in your area.

Kick up your heels and enjoy one of New...
Headlines

Even before the first tickets went on sale, Taylor...
Guides

What Happens When an Artist Cancels or Postpones an Event

You get tickets to see your favorite band live,... 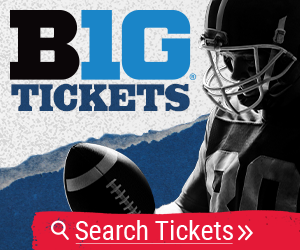 Kick up your heels and enjoy one of New York’s favorite holiday traditions at the Radio City Christmas Spectacular! The Radio City Rockettes are...
Read more

The 50th annual American Music Awards (AMA) took place at the Microsoft Theater in Los Angeles this week. The night was filled with plenty...
Read more

Even before the first tickets went on sale, Taylor Swift expanded her upcoming US tour. The prolific singer-songwriter is set to perform 52 shows...
Read more

What Happens When an Artist Cancels or Postpones an Event

The Phantom of the Opera is Leaving Broadway

TicketSmarter® creates no claim or credit for images featured on our site unless otherwise noted. All trademarks belong to their respective owners and all visual content is copyrighted to its respective owners. If you own rights to any of the images, and do not wish them to appear here, please contact us, and they will promptly be removed. All references to the number of available tickets refers to the number of tickets from TicketSmarter, not the number of available tickets from the box office. © Copyright 2022 - ticketsmarter.com - All Rights reserved.