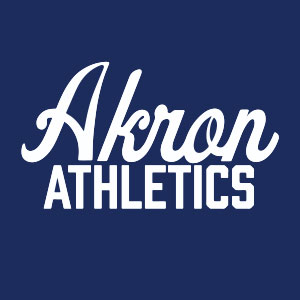 Score your Akron Baseball tickets today and catch exciting college baseball games live. Playing in NCAA Division I, you won’t want to miss the action and the competition as the Akron Zips take the field.

Don’t miss the chance to grab your Akron Baseball tickets now and catch game day with the Zips. Skeeles Field hosts the Akron baseball team for their games at home. This field holds 1,500 fans who fill the stands with blue and gold, ready to cheer on the Zips. College baseball fans won’t want to miss a minute of the action as the Akron Zips Baseball team takes the field.

Akron Baseball ticket prices will vary based on the opponent and seat location. Seats will be in high demand for games against top-tier opponents, so you will want to secure those early to avoid late cost increases.

How much are Akron Baseball tickets?

When do Akron Baseball tickets go on sale?

Akron Baseball tickets normally go on sale in December after the team’s schedule is released. Postseason tickets will be available as soon as the NCAA announces the tournament field in late June. Use TicketSmarter’s up-to-date schedule to snag your college baseball tickets.

College baseball facilities vary in size, but most have a capacity of around 2,000 to 5,000 people. Some of the best seats at any ballpark will be located right behind home plate while fans who want to come home with a souvenir should look for spots in foul ball territory down the lines. Most college stadiums also include some family-friendly grass seating in the outfield or down one of the lines. Some schools will also have suites or club spots available as premium seating options. Secure Akron Zips Baseball tickets for home or away games at any facility with TicketSmarter’s dynamic seating chart.

The Akron Baseball team will play at several college ballparks throughout the year.

You can buy Akron Baseball tickets stress-free when you shop through TicketSmarter. Our top-notch data security standards will keep your information safe when you buy online. Our customer service team is also always ready to answer questions and speak to any concerns you might have. Every purchase is guaranteed, so your sporting event tickets will be authentic every time.

College baseball tickets are 100% guaranteed when you purchase with TicketSmarter. Confirmed customers grade TicketSmarter at 4.6/5.0 stars, so you can order with confidence knowing that we stand behind you throughout your Akron Zips Baseball ticket buying experience.